Curling season will look a bit different this year at the Sioux Lookout Golf and Curling Club (SLGCC).
JoAnne Van Horne is the secretary on the club’s board and Northern Ontario Curling Association club delegate. She shared, “We did receive some recommendations and guidelines from Curling Canada. They put out a really good document on Return to Play, so we adopted as many of those as we could. People have been asking about curling and yes, it’s a go, and we’re figuring it out as we go, but we’ve written the protocols and hopefully everything will run smoothly when we get going.”
The curling ice may be slightly delayed going in this year she said, “We’re doing a few repairs before the plant gets turned on. We’re replacing all the carpet and a few other little repairs out there that we identified last year... it will be a couple weeks before that gets completed and we’re hoping to have registration the first week of November, and then curling will start two weeks after that.”
“The one big change is that we’ve split the Mixed League,” she said.  “The Mixed League is usually held on just Friday night, but because of the number game that we have to play in the facility, we have to split the league and we’re going to be offering Mixed Thursday and Friday night.”
“We’re going to offer the Doubles League again… The other big change that is happening too is that everyone has to have their own equipment,” she added.
Curlers will be able to order equipment from the club, which is doing a preseason bulk order. People can place their order by calling the club at 737-1800. The club is
asking that all orders be in and paid for by Nov. 6.
People can read up on the changes to how curling will work this season during the COVID-19 pandemic by visiting the club’s website at www.slgcc.com or visiting them on Facebook
@SiouxLookoutGolfandCurlingClub. 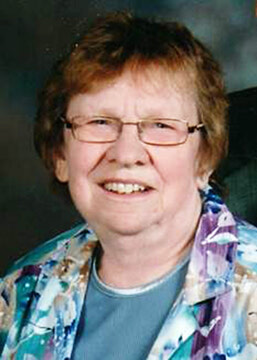 Nancy Dedon, 84, of Sioux Lookout, ON passed away on Wednesday October 21, 2020 at the Sioux Lookout Meno Ya Win Health Centre. She was born September 18, 1936 in Duluth, Minnesota, to Chester and Julia Carlstrom. Chester made private adoption...