Sioux Lookout and area residents came together on Oct. 4 to honour the lives of Missing and Murdered Indigenous Women and Girls (MMIWG) by participating in a Sisters in Spirit Vigil that evening.
Beginning at the Sioux Lookout OPP detachment, participants carrying lit candles, escorted by Sioux Lookout OPP cruisers, marched south on Fourth Avenue, west on Front Street, north on Sixth Avenue, and east on King Street to the Nishnawbe-Gamik Friendship Centre.
Sioux Lookout resident Romaine Wesley sang and performed a warrior woman song on her hand drum as she marched.
Sioux Lookout participants joined participants across the province in taking part in Sisters in Spirit Vigils across the province held by the Ontario Native Women’s Association (ONWA).
Locally, several groups and organizations partnered to hold the event, including: The Northwestern Health Unit, Ah-shawah-bin Support Services, Sunset Women’s Aboriginal Circle, Family Information Liaison Unit, First Step Women’s Shelter, St. Andrew’s United Church, ONWA, and the Nishnawbe-Gamik Friendship Centre.
ONWA shared in a press release, “Today Indigenous women gather across the country in solidarity to be the visible presence for what often seems invisible to most Canadians. Their strength and determination to not let anyone forget the pain, injustice and suffering that Murdered and Missing Indigenous Women and Girls (MMIWG) have tragically endured and continue to endure. This is not a footnote, rather it is a headline.”
The organization further informed, “The Vigils are part of the larger Sisters in Spirit Initiative, headed by the Native Women’s Association of Canada (NWAC) annually. Similar vigils are being held all across Canada.
“The Sisters in Spirit Vigils are open to all individuals and organizations who would like to come for a time of remembrance, awareness, and support for families. The Vigils will educate those in attendance of the alarmingly high levels of violence against Indigenous women and girls in Canada, and will help to provide healing for families who have experienced a loss to violence.
“Violence against women reaches across all races, religions, beliefs and throughout the world. It is not confined to only poverty and inequality. It reaches into every level of society. Indigenous women have been on the frontline of violence for generations from the 60’s Scoop to Residential Schools and the Missing and Murdered. These are the defining circumstances that bring us closer to all of our sisters in the battle against violence and the pain, suffering and heartbreak inflicted on all people.
“We ask that Ontarians acknowledge that ending violence and creating #safeSPACES (www.onwa.ca/upload/documents/onwa-iaht-liaisons-project-report-2017-2.pdf) in communities is the responsibility of every one of us.”
The evening concluded with supper and refreshments. Sioux Lookout residents Tom Hoppe and Meritt Penner performed on their violins as participants ate.
Darlene Angeconeb, Acting Director of Equay-wuk (Women’s Group) in Sioux Lookout, read ONWA’s news release to those present and thanked them for participating in the vigil.
“It’s good to do these awareness (events) because whatever happened to some of the women in our community, that we don’t know what happened to them. Maybe there will be something that brings up somebody’s memory and hopefully they’ll come forward with some information on some of the cases happening around Sioux Lookout,” she stated. 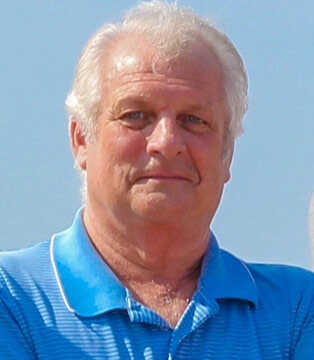 Municipal Councillor Calvin Southall is being remembered for his dedication to the community. Southall, 67, passed away on Sept. 18, of complications from his cancer treatments in ICU, at the Thunder Bay Regional Health Centre.