Sioux North High School’s (SNHS) building and amenities were featured in the October edition of Award magazine, which showcases Canadian architecture, design and construction.
Sioux North High School was one of several schools that were showcased in the edition.
“I had no idea. We received a link to the article from Sheena Pilipishen, who is the communications person for our board in Dryden, to let us know we were featured there. This architectural magazine highlights a number of different schools that were built this past year, so we were one of them,” said SNHS Principal Wayne Mercer.
“The magazine actually contacted us. We didn’t submit for it or anything. They had heard about the project that was happening, so they contacted us looking for background information on what got us to the point where we were replacing Queen Elizabeth District High School. They had heard a lot of great things about the building and wanted to profile it. The reached out to us in May, but with the school still finalizing finishing touches and landscaping we asked them to gives us until September to take photos… Being an architectural magazine they were really focused on the building itself,” said Pilipishen, communications, Keewatin-Patricia District School Board (KPDSB).
Award magazine publishes bi-monthly editions across Canada, boasting 30,000 readers.
Canadawide.com describes Award magazine, “For 33 years, Award magazine has been serving the needs of Canadian architects, specification writers, consulting engineers, landscape architects, interior designers, general contractors, builders, developers, facility managers and city planners.
“Award serves the special interests of architects, consulting engineers and construction industry professionals. It is the only media property in Canada to address the concerns of all five design/construction professions—architecture, construction, engineering, interior design and landscape architecture.”
The KPDSB said they were excited to see the article come to fruition and to see SNHS further showcased.
“It was wonderful to be contacted by them and it was great that they had heard about our building. It was exciting, so we set up the interviews they requested, submitted some of the photos for them, and now you see the end result,” said Pilipishen.
“It really is like a cherry on top kind of situation. What was always most important is that our students have the best building possible and the best learning spaces possible. When you combine that with the amazing staff there at the school it’s really a win for every student that goes to school in Sioux Lookout. Having the campus with Sioux Mountain Public School and Sioux North High School together, there are so many benefits to something like that. It was really nice to have the company reach out and want to feature the building. I know that there’s a lot of students that go to school in the area that have family in other areas that maybe can’t see it, so that’s one more way to show them where their children, or where their family members, are going to school. It’s a really nice way to feature the new building for people.
“We’re so proud of the work that has happened in Sioux Lookout, and the staff has been phenomenal. It’s not easy to move a school and move that many students over, but they all pulled together for the kids and I think that everyone’s really excited and happy with where we’ve ended up,” she continued.
In April 2014, the KPDSB received $30 million to build Sioux North High School as a replacement for Queen Elizabeth District High School. SNHS is the largest capital project undertaken by the KPDSB since its creation in 1998.
SNHS officially opened its doors on March 18, welcoming students and staff.
Earlier this year the school board shared that the 80,000 square foot building includes:
Many large windows and glass features throughout the building allowing for plenty of natural light and open areas.
A sizeable multi-purpose cafeteria/auditorium (or cafetorium) with full dramatic arts capabilities, including telescopic seating, integrated lighting, elevated stage, and a sophisticated sound system.
New, state of the art equipment and spaces for shop classes, science labs, communication labs and food and nutrition programs.
New furniture throughout the building.
A large and bright library with a wall of windows including a variety of seating options and work stations for students.
A gym with a hardwood floor and large windows that fill the gym with natural light.
A new music room with skylights to allow natural light in and all new instruments to support the music program.
People can view the October edition of Award magazine and read the article on SNHS at https://bit.ly/2CsiFhL. 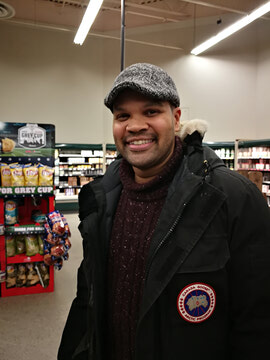 Question of the week: When do you think Pelican Lake will be frozen over?