Sioux Lookout’s animal rescue, Sioux Looks Out For Paws, said COVID-19 has affected their ability to fundraise as they normally would to cover operating costs and vet costs. Sioux Looks Out For Paws said community members have been stepping up in creative ways during the COVID-19 outbreak to help fundraise for the animal rescue.
“We definitely have been affected by COVID-19 in that most of our fundraisers that we would do to cover our operating and vet costs involved gatherings, so we had to get a little creative and find other ways to fundraise. Joan Dykes and Sarah Shurvall, who are members, have been making masks and if people want to they can make a donation, and they’ve done quite well. Connie Norman Patterson created her little extenders that go on the masks, and that’s helped as well. Catspaw Printing has done a campaign now where they put (our logo on) t-shirts and sweatshirts that people can buy, and we make profit off of every one of them. It’s been really great,” said Lynda Ducharme, Chair of the Sioux Looks Out For Paws Board.
“We’re quite pleased and very thankful for the generous people that are remembering animals too, which is great… We feel very supported, and it’s been good because people have been creative in coming up with ideas.
“Our yard sales have started back up because the Sioux Lookout Buy and Sell is operational, so that always helps us a lot too. We have a wonderful lady by the name of Carol Frejek, and she does a phenomenal job at selling things for yard sales, so if anybody has stuff kicking around and they think it might be something they’d like to donate just let us know,” said Ducharme.
Due to gathering restrictions, Sioux Looks Out For Paws said they’ve been relying heavily on foster care throughout the COVID-19 outbreak, which has resulted in all their animals finding foster homes in the community. In addition to their animals finding foster care, the animal rescue reported a recent increase in adoptions.
“Other ways we’ve been affected is because we can’t have gatherings at the shelter we’ve had to rely a lot on fosters. The town has been amazing at stepping up to that. We’ve managed to get all our animals into foster care. It’s a terrific town that way and we’ve also had food donated, which has really helped. We really feel thankful,” said Ducharme.
“We’ve been adopting, but we have to use all the proper safety measures like masks, we ask the other people to wear masks as well, and we stay six feet apart. It takes some maneuvering but it has worked, and people are really adopting these days because they’re off and it’s a good time to bring a new animal in.
“Our adoptions have actually increased. Animals that weren’t moving like we often have older cats that don’t usually move in this area and they’re even being adopted. It’s wonderful, and that way it’s been very positive for us… It’s all about finding ways to work around it and changing how we do things,” Ducharme explained.
A lack of access to the north during this time, along with an increase in foster care, has resulted in a slower animal intake for the rescue, but Ducharme said their intake is starting to gradually open up.
“Our intake has slowed down, and that’s mainly because we have to go to foster first and we don’t want to have too many out there because we need to adopt the ones we have. As far as the north, there are very few planes going so it’s been a challenge to get any animals from the north, but Sioux Lookout and Hudson are a priority. We’ve inclined to just taking urgent cases or neglect and abuse cases. That’s our priority right now, but we’re slowly opening up,” she explained.
To stay up to date on Sioux Lookout’s animal rescue, and to see animals that are available, check out their Facebook page @siouxlookoutrescue.
“If people want to donate, we have put our new EMT address ([email protected]) on our Facebook page. It goes directly into the rescue account, so it’s been wonderful. People have been doing it, which really helps,” Ducharme concluded. 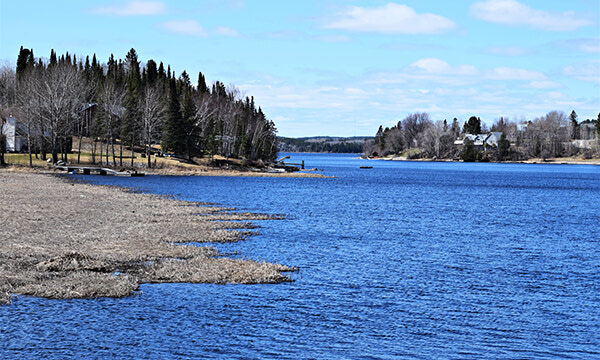