Sioux Lookout’s Elizabeth McClure set herself a goal five years ago, to help fight cancer.
McClure, 13, lost her uncle Christopher Stanford to cancer when she was eight years old and has been growing her hair ever since.
On June 25, at Kolors Hair Design, she had 14.5 inches of hair cut off in her late uncle’s memory to be made into a wig.
McClure’s hair donation will go to Angel Hair for Kids, a Canadian company which creates wigs and hair systems for children who have lost their hair due to cancer treatments, alopecia or other medical causes.
McClure was at Fresh Market Foods on June 18 and 19 and at Giant Tiger on June 24, collecting donations to be split between the Canadian Cancer Society and Angel Hair for Kids.
As of June 27, she had collected $1634.39 with donations still coming in.
“I’m really thankful to all the people that donated, and happy,” she said following her haircut.
Asked about her much shorter hairstyle she said, “It’s a lot lighter… it feels good.”
Her mother, Anton McClure, said the community has been very generous in its support.
“We even had a couple come from Hudson just to put $100 in the donation box. That was pretty awesome. Lots of people donated. It was really meaningful and overwhelming people’s generosity, it’s pretty fantastic in in a small community,” Anton McClure concluded.
People can still support Elizabeth McClure’s efforts through her GoFundMe page at https://bit.ly/2X61ryB 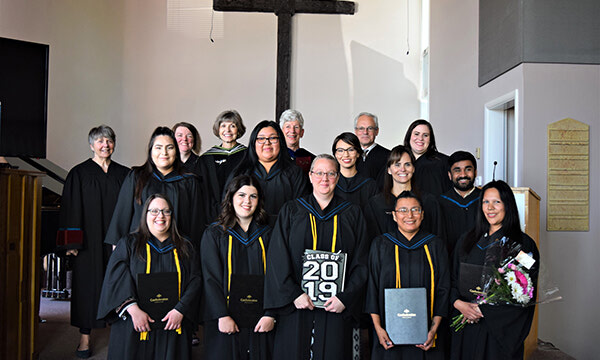