“I’ve had a lot of family and friends have cancer. Some have survived and others have not, so I thought I should help somehow,” shared 13 year old Elizabeth McClure.
McClure lost her uncle Christopher Stanford to cancer when she was eight years old and has been growing her hair ever since.
On June 25, she will have 14 inches of her 18 inch locks cut off in her late uncle’s memory to be made into a wig.
McClure’s hair donation will go to Angel Hair for Kids, a Canadian company which creates wigs and hair systems for children who have lost their hair due to cancer treatments, alopecia or other medical causes.
McClure has created a GoFundMe page to raise money for her hair cut and is trying to raise $10,000 to be split between the Canadian Cancer Society and Angle Hair for Kids.
She will be at Fresh Market Foods on June 18 and 19 from 4 p.m. to 5:30 p.m. accepting donations and will be at Giant Tiger on June 24, also from 4 p.m. to 5:30 p.m.
“I’m a little nervous, but I’m excited at the same time,” she said of her upcoming haircut.
Her mother, Anton McClure shared, “Considering she started (growing her hair) at such a young age, and just seeing the people around her go through everything they had to go through, and see how that impacted her, and that she was willing at such a young age to commit to something for so long, makes me proud and happy about her generosity.”
People can donate towards McClure’s haircut at https://www.gofundme.com/elizabeth039s-campaign-for-canadian-cancer-society?utm_medium=email&utm_source=customer&utm_campaign=p_na+share-sheet&rcid=61398192063546738662dbbd3d6f1400. 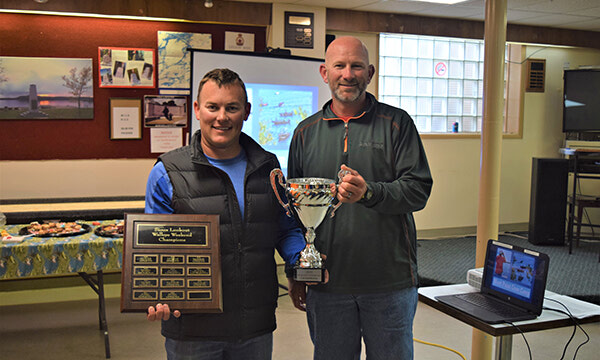 The 12th annual Sioux Lookout Walleye Weekend fishing tournament netted a full field of participants with 75 boats participating in the action on June 8 and 9.