“We want to save our teachers. It’s as simple as that. They’re cutting our education,” commented Sacred Heart School (SHS) student Quynne Richards.

“The changes that Doug Ford is making are affecting people who weren’t able to vote and have a say in this,” shared Sioux North High School (SNHS) student Scarlett Schumacher.

Rose, Richards and Schumacher were three of approximately 150 students from SMPS, SHS, and SNHS who joined students from across the province in a walkout protesting the Government of Ontario’s proposed education reforms.

Proposed changes include prohibiting cell phones in schools during instructional time as of September, increasing average secondary school (grades 9-12) class sizes from 22 to 28, and eliminating the six-month interest-free grace period after graduation post-secondary students are given to begin making OSAP payments.

SNHS student Jillian Toms stated, “We decided we wanted to participate in the walkout and it would be really effective for everyone to join in.”

Toms said it was good to have the support of her Member of Provincial Parliament, “I think it validated our opinion. It made us feel like our voices were being heard and that what we were saying was important.”

“The Leader of the Opposition, Andrea Horwath and the caucus, including Sol Mamakwa our MPP, absolutely stands with the students across the province in solidarity opposing the cuts and the changes,” Kirlew said.

Commenting on the number of students who chose to participate in the walkout, she said, “Absolutely amazed. I was so happy because so many times you hear students are apathetic, they are not apathetic. They are active, they’re involved, they’re engaged and this is a stark reminder that when you take away what matters to them, you’ll definitely hear their voice loud and clear and they made that statement today.”

SHS student Jaxson Carnochan and SNHS student Phyllis Elsir said students chose to stop at the Municipal Office in Sioux Lookout as part of their walkout in the hopes their presence and their messages would be noticed by Mayor and Council.

“We thought it was the most influential area to do a protest as they run our town and if anyone would have a voice to the government (it would be Mayor and Council),” Elsir said.

Students who took part in the walkout said they worried about the possibility of increased class sizes, reductions in support for students with autism, compulsory e-learning credits needed for graduation, changes to OSAP and teacher job cuts.

As they marched through town, students carried protest signs with them, earning numerous honks of support from passing motorists.

SNHS student Christopher Edwards shared a speech with his fellow students at the Municipal Office.

“A big reason was I saw how a lot of Ford’s changes were going to negatively affect my education. The biggest one for me was probably the OSAP changes. But a lot of the firing of teachers really got at me.”

“It feels like Ford’s changes are meant to strip away our support systems… it really feels like he’s trying to tear apart the public school structure,” he added.

In a letter to families, Keewatin-Patricia District School Board Director of Education and Chief Executive Officer Sean Monteith stated, “To be clear, our intention is not to condone nor deny our students their individual expression of a right to protest.”

He further stated, “As a Board, we would encourage parents and guardians to use this potential action as a learning opportunity. You might consider initiating a conversation with your child(ren) to discuss why a student may choose to participate in such actions; in other words, what it means to participate in an event like this. There are many ways students can voice their concerns and we believe it’s an important conversation for families to have.”

“Students and parents in Ontario can look forward to the implementation of stronger math, STEM, and financial literacy curricula, improved skilled trades opportunities, and a provincewide ban on cellphones in the classroom as part of the Government of Ontario's sweeping new vision for 'Education that Works for You,” Lisa Thompson, Minister of Education, announced on March 15.

“Shortly after we came to office we did what the previous government had been afraid to do - and threw the doors open to real, meaningful public and parental input into our education system,” Thompson said in a news release issued on March 15. “We heard from more than 72,000 parents, teachers, students, employers and organizations making this the largest consultation of its kind in Ontario history. The people told us what wasn't working and what we need to protect.”

“We will continue to look for better ways to improve student learning. We will continue to adapt curriculum to address the needs of the modern world. And we will continue to take responsibility for every dollar spent,” Thompson also stated in the Government of Ontario’s March 15 news release. “Together we will build on a system that supports careers, promotes well-being and prepares every student for the future.”

On April 4, the day of the protest action by students, Thompson shared in an official statement, “Today is a disappointing day for Ontario's parents and students. On a day when we reached out to begin good-faith consultations with Ontario's teachers, we instead are seeing Ontario teachers' unions condoning a student walkout at schools across the province. We know teachers' unions organized student walkouts under the previous government. I'm concerned we may be seeing the same thing now as teachers' unions are clearly not discouraging this stunt. Instead of focusing on political stunts, I encourage the unions to instead work cooperatively with us on the real challenges facing Ontario's education system such as the fact that too many of our kids are failing math — graduating without the skills necessary to successfully enter the workforce.”

In response to the student action, Harvey Bischof, President of the Ontario Secondary School Teachers’ Federation (OSSTF/FEESO) said, “We share these students’ concerns and their frustration at not being listened to by this government.”

“This Minister and her government are the ones using students as a smokescreen,” Bischof said on the organization’s website. “They never asked students about e-learning in their consultations, or about reductions of classroom teachers or about any of the other changes they propose.”

“Students have a vested interest in their education and are expressing their concerns. The Minister should sit down and listen to their issues instead of dictating what she thinks is best for the next generation of Ontarians,” Bischof concluded. 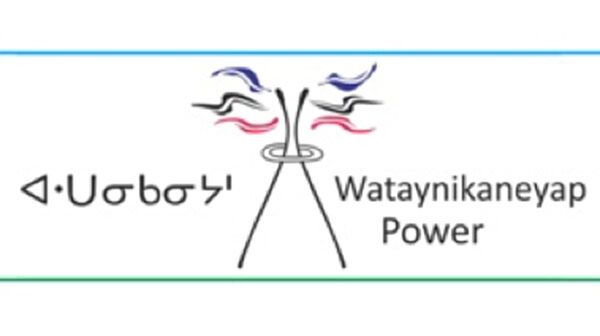