The Sioux Lookout Skating Club has announced that former Canadian Olympic figure skater Elvis Stojko is teaching in Sioux Lookout during on-ice seminars on Sept. 7 and 8 at the Sioux Lookout Memorial Arena.
Skaters in Sioux Lookout, and across the region, had the chance to register for this rare opportunity, with the registration period ending on August 16.
Skaters will not only get to learn from Stojko, but they’ll also have the opportunity to do a meet and greet following the seminars each day, which run from 9 a.m. to 3 p.m.
Those who were unable to register can still see Stojko hit the ice during the seminars.
“I don’t know about completely meeting with the public, but they can definitely come and watch him. We’re just asking for a donation,” said Katie Positano, President of the Sioux Lookout Skating Club.
Positano shared that the timing of the seminars are perfect, stating that the skaters will be able to apply teachings from Stojko during the upcoming skating season.
“We’re super excited. It’s at the beginning of the skater’s season, so they’ll be able to use any of the techniques and philosophies that Elvis gives them for their skating season this winter,” she said.
Stojko is regarded as one of Canada’s most successful male figure skaters. He won back-to-back Olympic silver medals during the 1994 and 1998 winter Olympics. He has also won seven national titles (1994, 1996-2000, 2002) and three world titles (1994, 1995, 1997). Stojko also holds two World Records for being the first person to land a quadruple jump in combination with a double jump at the 1991 World Figure Skating Championships, and the first to perform a quadruple jump in combination with a triple jump at the 1997 Champion Series Final. 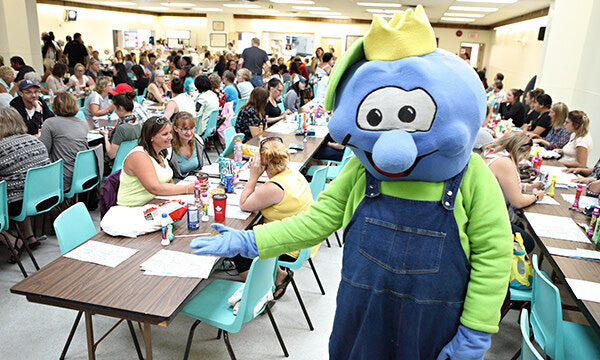 Blueberry Bingo a win for charity

Community members and visitors to town packed the upper Legion hall on August 7 for Blueberry Bingo.