Skaters in the Sioux Lookout Skating Club are having a very successful competition season.
Sixteen skaters attended a competition earlier this season in Thunder Bay.
Twenty-eight skaters attended the Fort Frances Freeze competition.
Between the two competitions, Sioux Lookout Skating Club Star 1 – 4 skaters have earned a total of 11 gold ribbons, 12 silver ribbons, and 10 bronze ribbons. Star 5 gold skaters have earned a total of 15 medals.
“They did exceptionally well. We have quite the crew of little junior skaters and the majority of them earned a gold in their element event,” Head Coach Lynn Traviss-Thompson said of the Fort Frances competition.
She added, “I think each one of them came off the ice saying, this was so much fun! Can we do it again?”
Skaters demonstrated their grace and poise, as well as their skill at spinning and jumping.
Club members said they had a great time at the Fort Frances competition.
Rheanne Jaravata shared, “It was fun.”
Her favourite part of the competition was performing her creative improve routine.
Meila Crispino commented, “I got a gold and a bronze. When I was doing my skills, I felt really confident.”
She said she enjoys attending competitions with her friends.
Brenda Linden earned a gold medal skating in the Special Olympics portion of the competition.
She said competing was a lot of fun.
Julie Cole said her favourite part of figure skating is learning new skills and having fun with her friends.
Lola Pierce said, “I just liked competing and I had a lot of fun with my friends.”
Ruth Broderick earned a gold ribbon and a silver ribbon.
“The gold one was for creative improve, which is where you go on the ice and make up a routine and the silver one was for my solo, which is a planned program which requires certain elements.”
A member of the skating club for several years, she said her favourite thing about being a club members is, “Honestly, the people. They’re so positive and have such a fun attitude. They’re like a family to me.”
Broderick is constantly striving to reach new heights in the sport.
Traviss-Thompson said skaters accomplishments are the result of a lot of hard work and determination, “We skate Tuesday, Wednesday, Thursday, Friday after school and then Wednesday, Thursday, Friday mornings and then we do two days of off ice training.”
The club currently has approximately 90 skaters and has continued to thrive and grow over the years.
The club will be sending skaters to the Thunder Bay Open March 6-8.
Skaters will also be preparing for their annual ice show in April. 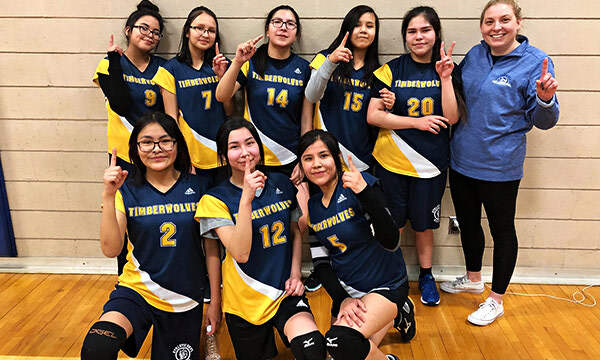