The Sioux Lookout Skating Club welcomed former Canadian Olympic figure skater Elvis Stojko to Sioux Lookout, where he hosted a skating seminar for local and area figure skaters on Sept. 7 and 8.
The seminar welcomed approximately 50 skaters from Sioux Lookout, Fort Frances, Keewatin, Kenora, Dryden, Ear Falls, and Baudette, Minnesota.
Stojko, along with his wife Gladys Orozco, hosted on-ice learning sessions with the skaters as well as off-ice dryland training sessions.
Stojko said he was thrilled to see so much participation during the seminar, and he hopes to make his way back to the Sioux Lookout area.
“Hockey is so prevalent everywhere. Every little town has a rink, but it’s more hockey prevalent. To see this amount of skaters in this area coming out to skate and be part of the seminar is great. The kids were great, from the little ones right up, and there was a good group of them, so it’s nice to see that the smaller communities are having that option for skating. To see this, it’s wonderful… The Sioux Lookout Skating Club has been wonderful,” said Stojko.
“This is probably the farthest north I’ve been. When I came in, I didn’t realize how many lakes there are in this region. It’s spectacular. I want to come back and do some dirt bike riding and ATVing in the area,” he added.
Sioux Lookout Skating Club coach Lynn Traviss-Thompson explained that Stojko’s teachings will help their skaters as they continue to develop and move on to higher levels.
“I think, with a lot of the things he’s doing, a lot of the kids haven’t experienced it yet. Some of our kids were at an Elvis Stojko seminar a couple years ago so some of it is familiar, but it’s still always good to hone those skills. As our skaters are developing and getting up higher, a lot of this will help with that...We should have our hockey players here because they could learn a ton from Elvis. I think it’s really good because he really gets into the biomechanics of everything as well,” said Traviss-Thompson.
Skaters from the Sioux Lookout Skating Club shared they enjoyed learning from, and being on the ice with, Stojko.
“It is unreal. It’s fantastic, and it’s crazy to think he would come here to Sioux Lookout,” said Luke Bates, Sioux Lookout Skating Club member.
“He’s been reinforcing a lot of techniques that we’ve been learning. It’s a good way to start the year,” he added.
“It’s been fun, and we’ve learned a lot,” said Briley Haney, Sioux Lookout Skating Club member.
“It was a little scary at first, but it was good,” said Aubrey Bates, Sioux Lookout Skating Club member.
The Sioux Lookout Skating Club said they aimed to host the seminar prior to the beginning of the skating season to help create a positive start for their skaters.
“Usually what tends to happen is, at the end of the season in Thunder Bay, they might have a seminar like this, but then you’re done and you go into summer and you forget all this. This year we really wanted to start the year off by having something like this so the kids are starting the season really well,” said Traviss-Thompson.
“We pushed to have this done before the season so that the kids can incorporate the new techniques and skills into their routines or their lessons so they can continue to build on it,” said Katie Positano, Sioux Lookout Skating Club President.
Stojko is regarded as one of Canada’s most successful male figure skaters. He won back-to-back Olympic silver medals during the 1994 and 1998 winter Olympics. He has also won seven national titles (1994, 1996-2000, 2002) and three world titles (1994, 1995, 1997). Stojko also holds two World Records for being the first person to land a quadruple jump in combination with a double jump at the 1991 World Figure Skating Championships, and the first to perform a quadruple jump in combination with a triple jump at the 1997 Champion Series Final. 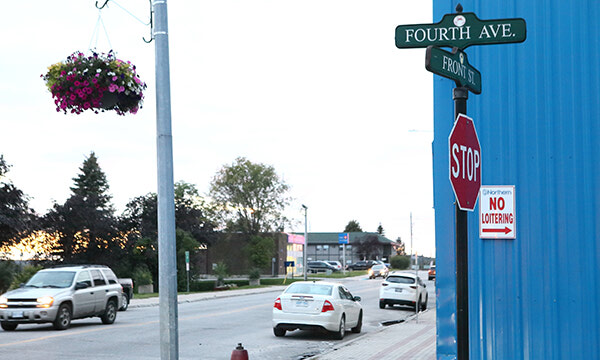