As of March 26, Sioux Lookout residents started seeing a rare sight in town – gas prices under a dollar.
Gas prices in town dropped to 99.4 cents-per-litre on March 26, and have dropped even lower since.
Gas prices, as of March 29, dropped as low as 93.8 cents-per-litre at Mascotto’s Marine in Sioux Lookout.
“I don’t recall the last time I saw gas prices this low in town. It’s been a while,” said Bruce George, Mascotto's Marine employee.
“We’re seeing a lot more people bringing jerry cans in… People are sort of panicking and trying to take advantage of it (low gas prices) because it hasn’t been this low in god knows how long, so they’re scooping it up while they can.
“Up until it went below a dollar, we had some pretty slow days where people weren’t doing a whole lot of anything. Since it’s gone below a dollar, now all of a sudden there’s people gassing their jerry cans, getting ready for summer, stuff like that,” said George.
According to GasBuddy.com, a website and downloadable app that tracks daily gasoline prices across North America, gas prices in Sioux Lookout were cheaper than in Dryden on March 29, with gas being available locally at 93.8 cents-per-litre compared to 96.9 in Dryden.
According to GasBuddy.com, the cheapest gas available in Ontario, as of March 29, is in Roseneath at 59.9 cents-per-litre. 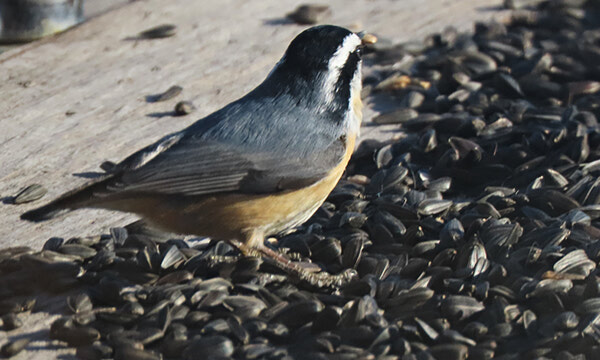 Dick's Hideaway: How to take a picture?

It s a Jingle Belly day out here at camp, snowy and pretty as a Christmas morning. Hard to know whether to sing Jingle Bells or Marshmallow World, though Mary assures me, as she clicks on the satellite radio, that if I don t sing anything...