The Municipality of Sioux Lookout is one of nine communities in Northern Ontario benefiting from additional provincial funding through the Community Transportation Grant Program.

The funding is for communities providing transportation services in unserved and underserved regions.

He added that the allocation of this funding is “an extension to the funding that had been secured to assist with the Hub Transit program in the Municipality. The initial funding was to expire in 2023, but the province has now extended that funding envelope for another two years. All other terms and conditions of the program remain the same, and it will assist with the continuation of the Hub Transit service in the community.”

Press Secretary for office of the Ontario Minister of Transportation, Natasha Tremblay shared, “The Community Transportation Grant Program is application based, and was open between December 1, 2017 and February 28, 2018, to allow municipalities to submit projects for consideration. Applications were scored against several criteria, including how well they met the program objectives. Originally announced as a five-year (2018-2023) program, providing up to $30 million to 38 municipalities to help them carry out 43 local and inter-community projects, the CT (Community Transportation Grant) Program was recently extended by two years to 2025.  An additional funding amount of up to $14 million will be provided for a total of $44 million over seven years.”

Hub Transit Chair, John Bath said that they are currently working out the details with the Municipality for how the funding may tie into their existing budget. He said, “We are really happy we received it, because we would have been running out of the grant money in 2023. This extends it to 2025.”

Bath said, “Our ridership was probably dropped down to 50 percent in the initial COVID setback last year, and now it’s starting to come back up. We are seeing ridership get back up close to where it was before COVID. We aren’t accessing Lac Seul First Nation, so we are hoping that that is going to come up in the future.

“Besides that in order to maintain proper distancing, we could only ride three or four people in the bus at a time, so now we are back up to full capacity on the bus, as long as everyone is wearing a mask. And we are hoping it will help.”

He added, “We are actually extending our hours now from 7 a.m. to 7 at night, starting July 5. So, that should help a little bit. That helps people who want to get to work and back home from work that will satisfy them there. We weren’t able to do that before.”

MacKinnon shared that along with Hub Transit, there are also a number of other agency-specific transportation companies in town that offer various taxicab and/or shuttle services within the community. 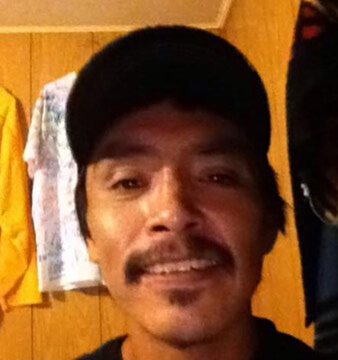 A 49-year-old man reported missing from Lac Seul First Nation on June 20 has been located, deceased....