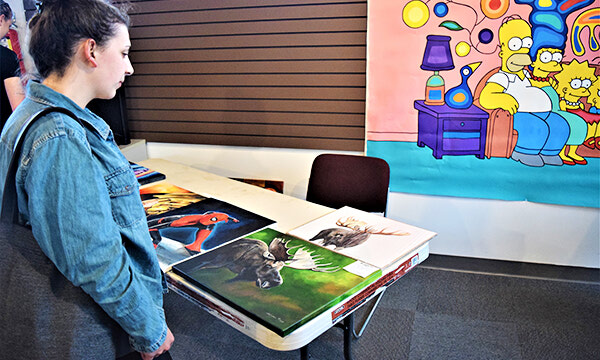 Art in the Park

Sioux Lookout and area artists had their work on full display for people to view and purchase during an Art in the Park night, which was hosted by the Sioux Lookout Chamber of Commerce at the Travel Information Centre on July 25.