The Sioux Lookout Public Library is looking to help residents clean up their overflowing bookshelves by accepting book donations.
Through accepting book donations, the library is able to add titles to their collection, sell them in their Used Book Store, store them for their book giveaways, or send them off to a company called Better World Books.
Better World Books is an online for-profit bookseller of used and new books. The company sells books online and kicks back a commission to the library. The Sioux Lookout Public Library shared that, since signing up with Better World Books in 2015, they have shipped over 7000 books (at no cost to the library), which are either recycled to make new books, donated to schools and/or communities in need, or sold online. They then use the sales commission to purchase new books for their collection.
“When we first signed up for Better World Books we just had so many books down in the basement and, typically, we were recycling and taking them to the landfill in some cases, so it was nice to find a home for them,” said Sioux Lookout Public Library CEO and Chief Librarian Mike Laverty.
“The library gets a 15 per cent sales commission, which is nice too because it’s in American dollars. So if I send them a book, they’ll sell that book on an American marketplace and, if that book sells for 15 dollars, then the library gets a kickback of three dollars American. It’s a nice system, so every quarter they cut me a cheque and we put that back in to the budget and use it to buy some new books,” he explained.
Laverty shared that the library is accepting all sorts of books as long as they’re in good condition, but there are some things that both the library and Better World Books won’t accept.
“We take donations of pretty much every kind. At this point we can only ship books to Better World Books so we try and align our donation practices with what they’ll take, but we do take other stuff. People donate magazines, but there’s certain things we don’t take because we know they’re never going to go anywhere like cookbooks from the 70’s and 80’s, old dictionaries, and really old magazines. They just sort of sit in the basement for years and, eventually, we just have to recycle them… For the most part, we get a lot of awesome donations from the community, and we’re hoping to keep that practice alive,” he said.
“They (Better World Books) have a presence on pretty much every online marketplace. They have their own website where you can look for books, but then they also have Amazon accounts, eBay accounts, and AdeBooks, which is the biggest used online marketplace. They push these books out to those marketplaces. There are certain books that are flooding the online marketplace just because so many people have them so you can’t really sell them. Like the Twilight novels, they were so massively popular that it’s impossible to sell it online because there are so many copies out there,” he continued.
The Sioux Lookout Public Library website outlines their donation criteria, which reads, “DONATIONS WE WILL TAKE:
Ex-Library copies (material with spine labels, bar codes, stamps, etc.).
College textbooks (must be published within past 10 years).
Antiquarian, rare, and collectible books (e.g. special collections).
Dictionaries and thesauruses.
Children’s books.
Hardcover fiction and non-fiction.
CDs, DVDs, books on CD, and video games (only complete sets with original case art)
Paperbacks (fiction and non-fiction).
Travel books (must be published within past 3 years).
Foreign language books written in Western script.
DONATIONS WE WILL NOT TAKE:
Books in poor condition due to water-damage, mold or dirt, or missing covers or pages.
VHS Tapes, audio cassettes, LP Records.
Cookbooks, Dictionaries, and Encyclopaedias older than 10 years.
Tax and government documents.
Periodicals (journals, newspapers, magazines).”
Laverty said that donations are even more encouraged this time of year because of the upcoming Book Swap and Giveaway, which is scheduled for August 3 from 8 a.m. to 3 p.m., during the annual Sioux Lookout Blueberry Festival.
“We tried this out last year so, during the event, we billed it as a giveaway and a swap, and so somebody could come with a box of books and leave with a box of new books. We’re encouraging people to come in and take as much free stuff as they want and leave a donation if they can, but they can also drop off a box full of books that they have. Last year we sent out around eight boxes to Better World Books just from the stuff that we took that day,” he said.
Those looking to donate are encouraged to contact the library at 807-737-3660 to arrange a time to drop the donations off.
During July and August the library is closed Saturdays and Sundays. They are open from Monday to Wednesday from 10 a.m. to 8 p.m. and Thursday and Friday from 10 a.m. to 5 p.m.
For more information, visit their website slpl.on.ca or their Facebook page @SiouxLookoutPublicLibrary. 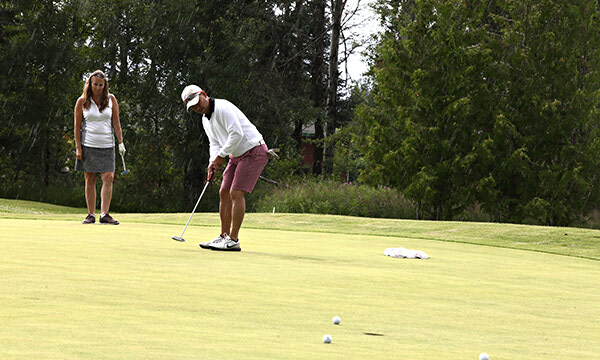