The Sioux Lookout Photography Group is inviting anyone with a connection to Sioux Lookout or the surrounding communities, with a passion for photography, to join their group.  The founder and leader of the Club, Devon Opden Dries, said, “We always like more participation and even more than just joining, we love when people post photos and things like that. It’s always nice to have different activities.”
Dries said, “I especially love seeing like, there’re a few people from different northern communities that have joined and sometimes they post and it’s always a real treat to see the artwork that comes out of different places up north.”
Ari Wantoro, who has been a member of the group since it was created, shared, “Having the photography club is great! I think it’s an awesome way to get people together who have the same interest and a great opportunity for us to have fun with our cameras. We’ve done some nature walks, night photography, indoor portraits and so on, which has helped the group to learn about the different photography styles and created an opportunity to be able to practice these techniques.”
Dries said that just last year when he moved to Sioux Lookout, having left behind a photo club that he was a part of, he started to search for similar clubs that he could join locally. He said, “It seemed like a lot of people are interested in photography. But, there wasn’t really like any group, or doing anything together.” Unable to find any, he came up with the idea of initiating a photography group in Sioux Lookout.
Dries started a private Facebook page in the fall of 2019, and soon, with the help of Mike Laverty, the CEO of the Sioux Lookout Public Library, and Sarah Fraser, a former employee of Digital Creator North, a youth-based initiative at the SLKT Public Library, the group was able to find space to meet. Dries said, “The club kind of took off from there. We had a space to meet and then I started to put together different ideas for each night and have people join.” Among the in-person studio sessions held by the group, some of the things that they discuss and build upon their skills are Photoshop, lighting, filters and colors, and discussions of photographs. The group’s Facebook Page now has 145 members.
When the pandemic hit, the group halted all its meetings and activities. In an attempt to continue to meet virtually, Devon set up a room on Skype, which would allow the group to chat and do different presentations online. After the library started to reopen in late August, the group cautiously started meeting in-person once again. Dries said, “When we did that, we figured out what the capacity of the room was, and we made sure it was less than 10 people and that we could seat everybody spaced out properly. We made sure there were masks for everyone and we had sanitizers. Then I also set up a thing on our Facebook page where they could register. So, if they wanted to come, that indicated that they were planning on coming, and that way we wouldn’t have any unexpected people.” He added, “It was really nice to be able to meet again in a way and just keep it going.”
Wantoro, who has been attending most of the group’s in-person and virtual meetings, said, “When I first learned photography (two years ago now), I barely knew the camera basics. This group has experienced members in it, such as Devon, who is always able to answer any questions when I am unsure of something. When we aren’t able to meet as a group, I utilize YouTube as a learning platform. Then I bring what I have learned back to the group, and try and pass along this knowledge to the newer group members.” Anyone looking to join the group may do so via their Facebook page of Sioux Lookout Photography Group.
The group had conducted a photography contest during end of July, highlighting and sharing the beauty of the Sioux Lookout Area sunsets, with people around the world.
Dries said that the group is now looking forward to putting together a digital gallery by the end of this year. He said, “It’s like a virtual gallery room and people can scroll through and see the artwork from this past year.” Visit the group’s Facebook page for further details. Dries said that even in a situation of a lockdown, “We still have ways to keep people inspired and just inspire people to get out and be creative.”
Dries said that the format of the meetings are kept casual, and that it is a common space for anyone with an interest in photography to learn. Wantoro shared, “The photography group is for anyone, whether you’re a beginner or an expert. We can all learn from each other and share stories within our photographs. That’s why I enjoy photography because every photograph tells a story!” 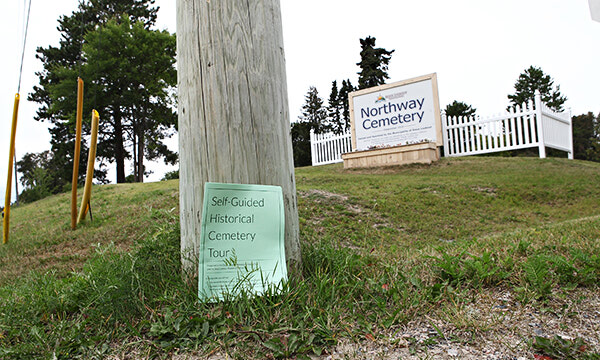 Taking a look back as we move forward