Fourteen charges were laid during a three day safety blitz (Feb. 25 – 27) conducted by Sioux Lookout OPP and the Ministry of Transportation in the Sioux Lookout and Pickle Lake areas.

“Inspections conducted during this joint initiative resulted in a 75% out of service (OOS) rate and five charges,” the OPP news release stated of the February 27 inspections.

Police ask that anyone observing an unsafe commercial motor vehicle, or one with an insecure load, report them to the OPP or MTO Enforcement Division so they can be inspected.

“Approximately four million CMV inspections are conducted every year throughout North America to ensure the large trucks and buses driving on our roadways are operating safely. These Inspections reduce victimization on our roadways by ensuring CMVs are road worthy and operators are qualified and following legislated operation protocols,” the OPP news release stated. 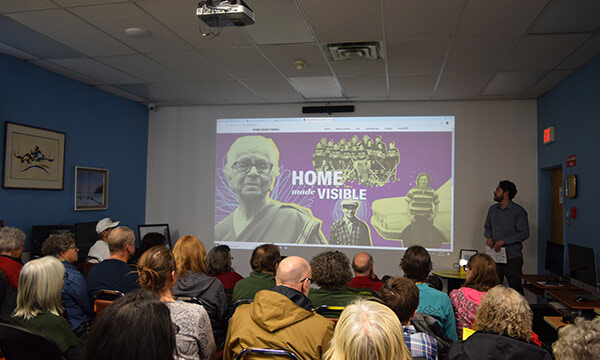 The digital media room at the Sioux Lookout Library was packed with residents looking to get a taste of six short films, which are all produced through Regent Park s Home Made Visible initiative.