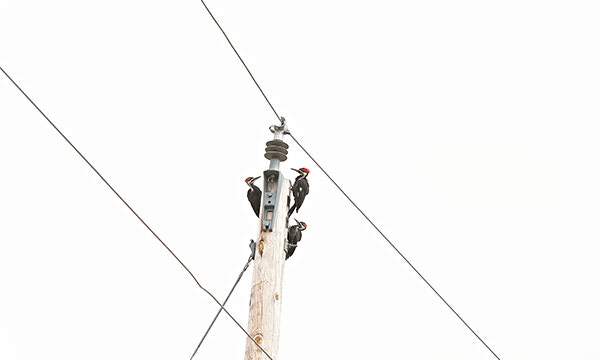 Birds of a feather flock together

These three pileated woodpeckers were observed flocking together recently in Hudson.