Equay-wuk Women’s Group and Municipality of Sioux Lookout’s Police Services Board will receive $5000 through the fall 2019 Tbaytel for Good Community Fund campaign for the Sioux Lookout Makwa (Bear) Clan Street Patrol.
The Sioux Lookout initiative was one of six regional community projects to receive funding through the campaign following a two week voting period.
The two highest vote garnering projects in each category, $500, $1500, and $5000 were announced on Nov. 18.
A news release from Tbaytel summed up the Sioux Lookout project, “The MAKWA CLAN of Sioux Lookout will patrol the community of Sioux Lookout to assist people who are in need and ensure they can access the proper care needed. Its goal is to make its community safer, enhance everyone’s mental and physical well-being, reduce crime and be inclusive of all cultures and backgrounds. It will purchase equipment and supplies to enhance the well-being of all citizens in Sioux Lookout.”
Sioux Lookout Mayor Doug Lawrance said of the news the Sioux Lookout project had received enough votes to finish in the top two in the $5000 category, “A great effort by community people doing positive things for our community.  Very grateful for Tbaytel providing this type of funding for community organizations who are doing good for their communities.”
Police Services Board Chair and Acting Director of Equay-wuk (Women's Group) Darlene Angeconeb explained, “It was Michelle Lerose, the CAO for the Town of Sioux Lookout who made the application on behalf of the Municipality and the Police Services Board.”
She further commented, “We are happy to see such an outpouring of support and voting that occurred for the Sioux Lookout Makwa (Bear) Clan Street Patrol. There were over 53,000 votes which is quite an achievement for this initiative for our small town.  We will use the $5000 to purchase safety equipment such as vests, packsacks, radios (walkie-talkies), flashlights, food items, etc. The patrols are taking place on Saturdays (5-8 p.m.) but will be expanded to Thursdays and Fridays as we develop a core group of volunteers.  Our patrol will meet at the Cold Weather Drop-in Centre. I would like to say a BIG Thank You to anyone who voted.”
“With more than 40 entries from all across the region we serve, Tbaytel is proud of those community members who stand up time and time again to create these incredible initiatives that the Tbaytel for Good Community Fund is honoured to support. We are always so inspired by the diversity and innovation of the projects that we see,” commented Amy Meunier, Tbaytel’s director of marketing and communication.
Other top vote getters in the fall 2019 Tbaytel for Good Community Fund campaign were: 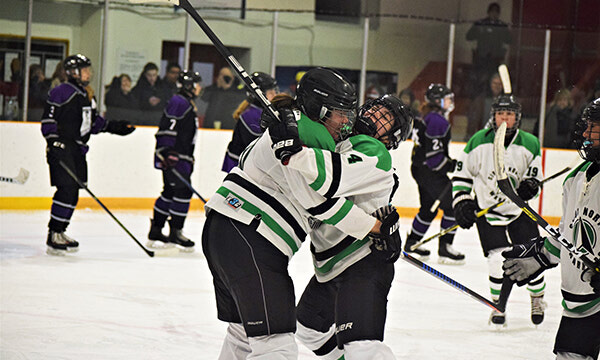 The Sioux Lookout Memorial Arena was packed with local and area support for the first home games of the boy s and girl s high school hockey seasons.