Sioux Lookout Mayor Doug Lawrance, alongside Sioux Lookout Community GSA (Gay Straight Alliance), Sioux Lookout OPP, and St. Andrew’s United Church representatives, kicked off the start of Pride Month in the community by raising the Pride flag outside the Municipal Offices on June 1.
“June 1 marks the beginning of Gay Pride Celebration Month. We’re here to celebrate that and raise the rainbow flag, which will fly on the Municipal flag pole throughout the month as our Municipal recognition of Pride Month,” said Lawrance during the flag raising ceremony.
The Sioux Lookout Public Library allowed residents to celebrate the raising of the Pride flag from the comfort of their own homes by live streaming the event on their YouTube channel youtube.com/SLPublicLibrary.
In a proclamation, Lawrance announced June as Gay Pride Celebration Month in Sioux Lookout.
“Sioux Lookout has a long and proud tradition of embracing diversity in all its forms – cultural, social, and ethnic; and the community of Sioux Lookout is immeasurably enriched by the diversity of our people, including those members of the Two-Spirit, Lesbian, Gay, Bisexual, Transgendered, Queer + (2SLGBTQ+) communities,” the proclamation states.
“Acknowledging and participating in Pride underscores and affirms our respect for the dignity, equality, and visibility of 2SLGBTQ+ people and families.
“I, Doug Lawrance, Mayor of the Municipality of Sioux Lookout, do hereby proclaim June as Gay Pride Celebration Month and encourage all residents regardless of sexual orientation, to celebrate together in recognition of the rainbow of diversity with which our 2SLGBTQ+ community contributes to Sioux Lookout,” the proclamation concludes. 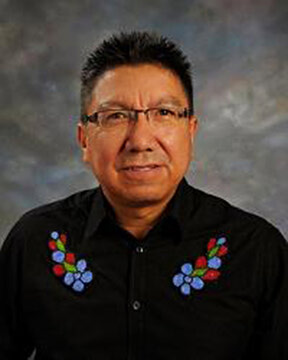 Nishnawbe Aski Nation (NAN) Grand Chief Alvin Fiddler is expressing his disappointment in the delay of a national action plan on Missing and Murdered Indigenous Women and Girls (MMIWG).