With less than a week to go, the Ontario Ice Fishing Challenge is shaping up to be a close contest for the communities involved. As of Feb. 16, Sioux Lookout was holding its own in 5th place, and as explained by Sean Simmons, Founder and President of MyCatch and Angler’s Atlas, which runs the On Ice tournament, what he finds most interesting is that “You guys have some phenomenal anglers and obviously some phenomenal fishing, because Greg Marino is in top spot for longest Northern Pike, along with Mike Labelle, also from Sioux lookout, so they are in the one and two spot for longest northern pike. Then you go over to the longest lake trout, and again, all five spots are led by Sioux Lookout. Steve Dumonski is in the lead for longest lake trout, and it’s over a meter. In fact, it beat by one mm the BC record right now which is 102.9. So right now, you’re in the pole position across the country.”

Simmons continued, “It looks like Sioux Lookout is dominating in northern pike and certainly lake trout. You’ve got 11 members competing, but because of those top tier positions it moved you way up in the standings, since the points are awarded not only based on number of people who are contributing catches from your town, but also where that person sits on the leaderboard. For instance, the longest lake trout, if you look at the leaderboard, there are 63 people who have entered fish on the longest lake trout. So basically, just by clustering, you guys are outperforming at that level. That’s why you’re in fifth position. “

When this article went to print, the top five communities, from first to fifth place, were Dubreuilville, Chapleau, Cochrane, Wawa, and Sioux Lookout.

Another aspect of this year’s contest is a new component known as the weekly Conservation Contest. People are encouraged to submit video of the fish they’ve caught being released through the MyCatch app. Simmons explained the concept. “Something we are really excited about this year is the conservation prizes. We really encourage people to release big fish back into the water. Certainly, if you’re allowed to harvest and you’re working within the rules, then we are all for harvesting. But I prefer people harvest the smaller fish and leave the big ones for spawners. That’s what the conservation prize is regarding, those people who do great releases. Through the app you can do a video of a release and we will showcase what we see as the best releases.”

All of which brings us to the reasoning for holding the contest in the first place. While it’s intended to be a fun way to promote ice fishing in the province, and it gets people outdoors, at its core, the Ontario Ice Fishing Challenge is all about the science.

This is where Simmon’s excitement for the project really seems to shine through, as he explained, “This is where all sorts of really interesting work is going on. At a basic level what we are able to do is start to get some information as to size distribution across the province and see how they cluster. Next week, at the Canadian Conference for Fisheries Research, we’ll be presenting some of our results there.  That’s a conference for all Canadian Fisheries Biologists, and any mangers with various agencies. We’ll be presenting results not only for this, but basically all the events that we run and any of our other crowd sourced data projects. There’s some really interesting papers that have just been published that use this data, which shows that this data is as good as conventional fisheries methods.”

But of course, you don’t need to know the science to enjoy the activity.

As Brian P. MacKinnon, Manager of Corporate Services and Municipal Clerk explains, “The Ontario Ice Fishing Challenge is an easy and accessible way for our residents to take part in a fishing tournament. With a full month to fish, no restrictions on lakes, species, or sizes, and a very low cost to enter, anybody can take part. We have world-class fisheries in Sioux Lookout, and it’s a chance to showcase them. We hope to make this an annual event for our residents. You can still register and participate, right through February 28th. Remember, EVERY fish counts in the town points total, no matter how large, how small, or what species. Visit https://bit.ly/ONice2022 to enter.”

The above link also takes you to the live leaderboards where you can view how each community is faring. 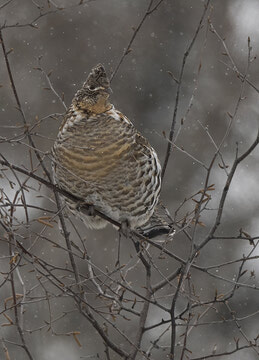