Sioux Lookout was one of five communities in Ontario to host pre-budget consultations conducted by the Standing Committee on Finance and Economic Affairs.

The consultation was hosted at the Sunset Suites conference room on Jan. 20, and it saw organizations, groups, and individuals present various issues affecting Sioux Lookout and far north communities.

Witnesses received up to seven minutes for their presentation, followed by eight minutes of questions from the committee.

The Independent First Nations Alliance (IFNA) kicked off the consultation as the first witness. They voiced the need for a First Nations emergency measures organization.

“What I really want to bring to your attention are some urgent needs in the Far North in terms of emergency response. There is a significant gap in terms of supports that liaison with the federal and provincial governments, in terms of evacuations, flooding—not that kind of annual, but more of a last-minute emergency kind of situation—and other kinds of activities related to health and safety and urgent needs. What we’re looking for is support and to bring to your attention the need for a First Nations emergency measures organization. Really, what that is is a coordinating body between First Nations, working with the Provincial Emergency Operations Centre, the MNRF, other federal departments and agencies, the Ministry of Aboriginal Affairs and so on,” said Matthew Hoppe, IFNA CEO.

The consultation featured a presentation from the Sioux Lookout Friendship Accord, who advocated for a detox and addictions treatment facility in Sioux Lookout.

“In November 2019, the accord partners met, and it was determined that they would commence to proceed to incorporate. This bold step forward was to initiate a process to be part of the solution to build a detox and addictions treatment facility in Sioux Lookout. This step was seen as necessary, considering the recent closure of the Dryden detox centre, located one hour south of Sioux Lookout, and that the Kenora detox centre, located three hours southwest of Sioux Lookout, are at capacity and cannot take anyone from our region… We are asking that we work together to establish a 20-bed detox facility, an addictions treatment centre and a psychiatric service based in Sioux Lookout,” said Vicki Blanchard, lead economic development officer for the Sioux Lookout Friendship Accord.

During a presentation from the Sioux Lookout Meno Ya Win Health Centre (SLMHC), mental health and addictions was stated as one of the main areas of need among others such as surge capacity, physician services, and long-term-care needs.

“The remote communities served through Sioux Lookout Meno Ya Win have the highest suicide attempt and completion rates in Canada. Psychiatric admissions have increased by over 150 per cent over the past eight years, with an ever-increasing rate of patients presenting with violent and aggressive responsive behaviours. Emergency department admission rates for mental health in the Sioux Lookout area have risen 73 per cent in the past five years. Meno Ya Win is the primary location where patients who require a psychiatric assessment are assessed and then their disposition determined. The average holding time prior to transfer to an appropriate level of care or psychiatric facility was 55 hours. This has created significant safety concerns and subsequent events of harm involving patients, staff and physicians. Our hospital environment is not equipped or resourced to provide this level of care. Investments to support mental health and addictions regionally, and in local and northern communities, is vital for the future,” said Heather Lee, SLMHC President and CEO.

Deficiencies and needs at airports in fly-in communities were highlighted during a presentation from SkyCare.

“Did you know MTO (Ontario Ministry of Transportation) owns and operates 29 airports? Twenty-six of those are at fly-in communities that can only reasonably be accessed by air. Those communities rely on the local airport for access to emergency and essential services, as well as all of the basic needs. It’s the access point for groceries, mail, police services, medical appointments, medevacs, evacuations, funerals and weddings. I cannot state strongly enough and often enough that these airports are essential to the safety, the well-being, the economy and social life of remote communities. These airports need to be recognized under the National Airports Policy as essential service airports,” said Frank Behrendt, SkyCare President.

“There are deficiencies at these airports that must be addressed and are unacceptable. Did you know that remote airport runways have a gravel surface and are approximately one kilometre long? That standard was set in the 1970s, and while that runway was sufficient at that time, aviation standards have changed significantly in our continuous drive to improve safety. Airport infrastructure has not kept up. The minimum runway length for essential service airports needs to be increased to 5,000 feet. That is just 1.5 kilometres of runway. The 401 has longer on-and off-ramps,” he continued.

While in Sioux Lookout, members of the Standing Committee on Finance and Economic Affairs had the opportunity to tour a few facilities. Some members said the experience was eye-opening.

“I also played a very active role in making sure these members got to actually experience and explore the community. It’s huge for them to be here in Sioux Lookout, and it’s a great opportunity,” said Blanchard.

“They toured Sioux Lookout’s long-term extended care, the hostel at 2 Meno Ya Win Way, they did the Out of the Cold Shelter, and they toured the daytime warm-up centre,” she said.

“Our colleague, MPP Mamakwa, was kind enough to arrange tours of a number of the facilities in Sioux Lookout yesterday when we first arrived. One of them was the Meno Ya Win Health Centre. We had an opportunity to visit that and to tour the shelters and the hostels. It was an eye-opener,” said Donna Skelly, Flamborough—Glanbrook MPP as a member of the Progressive Conservative Party of Ontario.

“I think it’s very important because some of the comments we heard, not just from the NDP but from our government members, they said things like, ‘You always talk about these issues at Queen’s Park. We just need to believe you,’ and that’s just the reality of it. To be able to understand what we go through in the north and in Sioux Lookout, you have to be here to understand it… It’s good to hear their comments because they come from a different life, and they think their rural riding might be bad but over here some of the access to services is worse,” said Sol Mamakwa, Kiiwetinoong MPP as a member of the Ontario New Democratic Party and member of the Standing Committee on Finance and Economic Affairs.

Mamakwa has been addressing and shedding light on the mental health and suicide crisis that has plagued First Nations and northern communities. He said it was important to have service providers bringing further attention to those issues.

“What’s really unfortunate is, to be able to bring forward the suicide crisis and the mental crisis that our people are facing in the north, that it’s paid for by peoples’ lives. That’s the unfortunate thing, but I’m glad these issues are coming out… It’s something that they need to understand, and that’s what I’ve been trying to do in Queen’s Park. For them to hear these things directly from the service providers in the communities is very significant,” he said.

Other issues that were brought up during the consultation include lack of broadband service in the northern communities, and recruiting and retaining Personal Support Workers. Lack of funding, and shortage of services, in healthcare and education was highlighted as an issue across the north throughout the consultation.

Along with Sioux Lookout, the Standing Committee on Finance and Economic Affairs also held pre-budget consultations in Thunder Bay on Jan. 21, Belleville on Jan. 22, Kitchener-Waterloo on Jan. 23, and Niagara on Jan. 24. 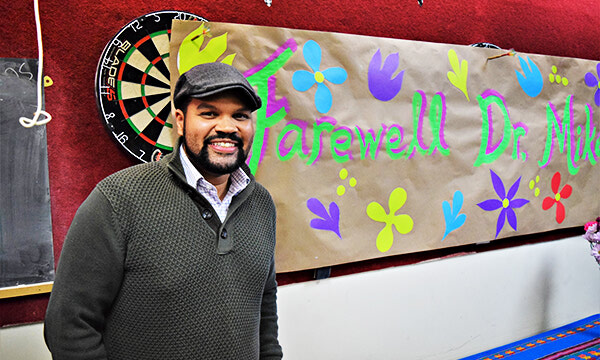