Sioux Lookout is currently hosting (as of Nov. 18) 184 evacuees from Bearskin Lake First Nation after residents of the remote First Nation community were evacuated last week due to a severe flooding threat.
At 11 a.m. (CST) on November 13, Sioux Lookout Mayor Doug Lawrance declared a State of Emergency in Sioux Lookout to assist with the evacuation of Bearskin Lake First Nation residents to the community.
The Municipality of Sioux Lookout explained in a news release issued on Nov. 13, “An emergency Declaration ensures that resources are made available and any costs incurred by the Municipality resulting from the assistance provided, are covered by the provincial and/or federal governments.”
The Municipality went on to share, “Sioux Lookout’s Emergency Control Group, consisting of representatives from the Municipality, Emergency and Police Services, local, provincial and federal health, safety and emergency management agencies and organizations, the Ministry of Natural Resources and Forestry, a variety of First Nations organizations, and community volunteers who assist with logistics, met on November 12th and again this morning to discuss the situation in Bearskin Lake First Nation – the community is being evacuated due to a severe flooding threat. An ice jam along the Severn River has caused the water to rise rapidly and resulted in the community being cut off from the airport and vital resources. In concert with the Office of the Fire Marshall and Emergency Management’s (OFMEM) Provincial Emergency Operations Centre (PEOC), the Emergency Control Group determines how best the community can provide support and assistance, and manages the local response.”
The Chief and Council of Bearskin Lake, in consultation with OFMEM, requested the assistance of the neighboring communities of Thunder Bay, Kenora and Sioux Lookout after declaring a State of Emergency in Bearskin Lake First Nation on Nov. 10.
“As a result of these discussions, the decision was made to serve, first, as a “hub” community and then as a “host” community. Beginning today (Nov.13), “Phase 1” evacuees, which include up to 125 people from Bearskin Lake First Nation will be housed in Sioux Lookout with an additional 50 evacuees arriving on Thursday,” the Municipality of Sioux Lookout informed.
Residents of Bearskin Lake were flown to Sioux Lookout via Dash 7 & Dash 8 aircraft, where they were received at the Nishnawbe Aski Police Service (NAPS) aircraft hangar.
Brian P. MacKinnon, Public Information Officer, Sioux Lookout Emergency Control Group, informed, “All evacuees are staying at a local hotel, and meals are being provided by a local restaurant. An Information/Supplies Centre has been established at the host hotel, where evacuees can obtain laundry money, taxi vouchers and various toiletries. The Info/Supplies Centre is staffed daily from 9:00 a.m. to 9:00 p.m.”
MacKinnon said anyone wishing to contribute or donate items for the evacuees can call 807-738-5271. “We sincerely appreciate the great generosity Sioux Lookout is known for, but please understand there may be times when we are unable to accept a particular donation, so please call ahead to make arrangements,” he stated.
MacKinnon further informed, “The Sioux Lookout Emergency Control Group continues to work hard to ensure our guests are well-accommodated and comfortable. The ECG also wishes to thank the many organizations, agencies, businesses and volunteers who contribute to the success of our hosting efforts.
“We are very fortunate to have a great team of Municipal Staff, local agencies’ representatives and volunteers to help welcome and make comfortable the Bearskin Lake First Nation Evacuees,” echoed Michelle Larose, Municipal CAO and Chair of the Sioux Lookout Emergency Control Group. 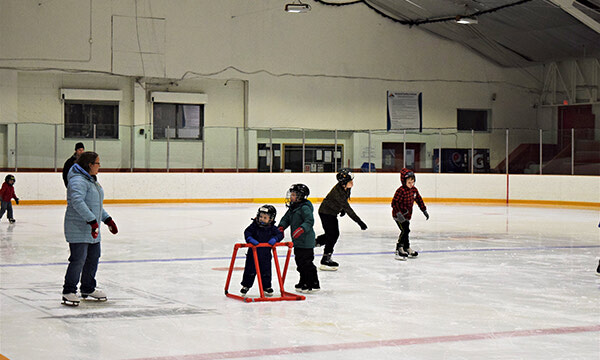