Curling season is approaching, and the Sioux Lookout Golf and Curling Club (SLGCC) is excited for what’s in store.
“We are adding a doubles league, which is two people on a team… Doubles has become very popular, so that’s brand new for our club. We’re also going to bring back the business league this year. The concept of that is say, for example, a workplace would sponsor their employees. That’s to get your employees curling and becoming active, and that would pay for your registration,” said JoAnne Van Horne, SLGCC delegate for the Northern Ontario Curling Association.
“We will be offering different bonspiels throughout the year again. We’re going to do the Knobby’s bonspiel again over the Christmas holidays, and we’ve already talked about doing another glow curling in February. Of course, we’ll also have Skip to Equip.
“We are hoping to, again, start a youth curling camp this year. We did that last year after Christmas,” she said.
To help kick-start the curling season, the SLGCC is hosting a curling registration night on Oct. 10 from 6:30 to 8 p.m. They’re also hosting a Kick Off to Curling social on Oct. 19, where people can also register for the different curling leagues.
“The ice will be going in. We turn the ice plant on during the thanksgiving weekend, and it takes about two full weeks to get the ice totally prepared for the start. Curling will start, hopefully, the last week of October. We wanted to do the social ahead of time so, first, we’re running a registration night October 10. People can sign up again at the social. There will be games to play, prizes to be won, and there will be food,” said Van Horne.
Last February, the SLGCC launched a fundraising campaign to replace the electrical panel that supports their ice plant. Van Horne was happy to share that the club has upgraded the electrical panel. Now, the SLGCC is looking to move forward with a cost saving project.
“In regards to the upgrade of the electrical panel, I’m happy to say that the work is finished. It’s an upgrade, and we had a local person do the work for us. We are in the last stages of having it inspected totally… We are thankful for the folks that donated towards that. We’ve added another project on to that. We’re going to be putting LED lights in all around the ice surface, which will save the club an enormous amount of money on their hydro. It will be a huge cost saving project, so we’re waiting on a quote from a local contractor,” she said.
Van Horne explained that, prior to the start of the curling season, a lot of cleaning needs to be done before the ice surface can be put in. Community volunteers come together to ensure that the space is clean and ready for the ice.
“What has to happen initially is, once Lobsterfest is over, the place has to be cleaned spotless with no dust or dirt. It’s a lot of work. It involves washing walls, washing the cement, and it’s days and days of prep work the first two weeks of October. All the lights have to be washed and there can be no dust in that building, so it’s a lot of work. If anybody wants to come up and help, call the club and they’ll tell you when people are doing it. They get a big crew of mainly the guys that come up and clean, but some of us ladies get involved too. It’s all volunteers,” said Van Horne.
“Now what has made our job easier is we used to paint the rings. Now, two years ago we had plastic rings made, so now those are just laid in. That saves an enormous amount of time for us because it’s a lot of work painting those rings. The big work starts when they’re flooding it, and it takes five or six people to carry the hose… It’s a lot of work, so the more the better. Anybody can come help,” she added.
The SLGCC shared the ice is available for bookings throughout the winter months.
“I like to remind people that they can, at any time, rent the ice surface for staff parties. The schools can come over and use our ice surface at any time, they just have to phone the club and book the ice,” said Van Horne.
For more information and to stay up to date on the SLGCC, check out their website www.slgcc.com or their Facebook page @SiouxLookoutGolfandCurlingClub. 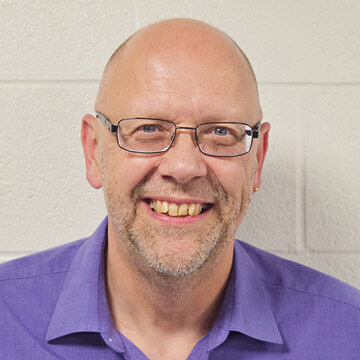 Question of the week: How was your experience watching the Sioux-Hudson Entertainment Series’ first show in the Sioux North High School cafetorium?