The “Scotty” and Vi Liddle Family

Charles Desson Liddle came to Canada from Edinburg Scotland shortly before the First World War. One of four children (two boys and two girls), he farmed with his family near Portage la Prairie. From there, he enlisted in the Sixteenth Battalion with the Canadian Expeditionary Force at the onset of WW1. He was wounded in April, 1915 and evacuated to England. After recovery he was then again at the front in 1917. Post war, he returned to the farm in Manitoba until he secured a position with the Department of Game and Fisheries in Sioux Lookout. He was secretary to the well-known game warden Dan Ward, as he apparently had been exposed to some literary expertise in Edinburg while apprenticing as a ‘printer’s devil”.
By the time he married Viola Margaret McNeice in 1932, he had become the Game Warden for the area. He had a large area to cover and got around by canoe, train, snowshoe and just plain walking. He would occasionally do over 20 miles a day on foot in winter. The CNR section houses often became sources of food and shelter. The families were neighbourly as he became known to them. Sometimes the meal was an odd surprise. Once after immensely enjoying a meal with a Section family, he was later told that the head of the house had shot the skunk for the stew! He was barely out the door to lose what had been delicious in the beginning!! Such were the hazards of potluck!
Viola was active in the town as a young lady participating in numerous sports and social events. One of her first loves was artwork. She did sketches and crafts for people on special order. Vi and Scotty raised two children, Heather and Bruce, who both completed their high school education in Sioux. Vi’s artistic talents became evident in 1945, when she and Scotty opened The Gift Shop in the building that now houses the Senior’s Activity Centre. Scotty left the Department in 1946 to be a full-time part of the business. As in most ventures, not all went smoothly. In 1953, just a few days before Christmas, the business was destroyed by fire. Fresh Plants were shipped in from Winnipeg and they were able to use space in the old hospital that was across the street from the post office. Bruce remembered sitting in church on the Sunday before Christmas and hearing the fire siren. Someone came and got Scotty from the choir and Viola and the children. They went outside to see the big plume of smoke. Bruce sensed the despair his parents felt and was surprised to see their determination to keep going. It was confusing to him, but they seemed to know what to do. He believed there was a great rallying around of their friends in town to enable them to keep at it. That spirit is what makes small towns so great.
The following summer the building beside the Royal Canadian Legion was built with a small apartment on the second floor. Their home on 102 King Street was sold to assist in financing. This was known as Liddle’s Flowers and Gifts. It became home to the family plus Vi’s parents, Mr. and Mrs. McNeice. By this time their daughter Heather was away in Winnipeg studying to be a nurse at Grace Hospital.
Apartment living was quite a change for them all, but made more bearable by their “camp” on Abram Lake in the summer. The McNeices spent their summers there gardening, while the Liddles ran the store. Scotty passed away in 1961 and Vi continued to run the store with the help of Bruce and his wife Beverly until 1966. Then she acquired help from Doris Reek, Ruth MacDonald and others until her death in 1973.That building has changed hands a few times since then and is now currently known as “Roy Lane”, a luncheon and gift store.
Heather became a Public Health Nurse in The Pas, Manitoba; married Allan Gleason and they raised two children. Bruce joined the RCAF as an electronics technician and from there went on to travel the world with a geophysical exploration company. He and his first wife Beverly raised one daughter, Susan. The “camp” held a warm place in her heart over the years.
Some of Bruce’s memories of Sioux were the early wooden sidewalks; alternately dusty / muddy streets, cinder strewn roads in the spring when they tended to get icy; soot -darkened snow from the incessant steam locomotives that enabled the town to survive for many years when it was a railroad town. He remembered sliding at the sand pit near the west end of Front Street using a piece of cardboard. They skied at Sioux Mountain and often walked the railway tracks to get there when the lake was too slushy. The ride down the slope took 30 seconds after a fifteen minute climb up!
Bruce remembered his aunts and their families visiting here often, having caught Sioux Fever. The major symptoms of this malady, as he describes it, are seen as an insatiable craving to drive north on Highway 72 and a twitch of the hands that alternately resembles the action seen in both swatting mosquitos and setting the hook on the mouth of a nibbling pickerel. Only arrival in Sioux Lookout alleviates that – there is no permanent cure!
Bruce felt that Sioux Lookout was a bustling, thriving community, a good place to come from and a great place to come back to. 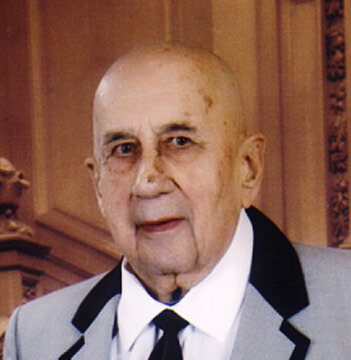 Paul Bayda of Thunder Bay, Ontario, at the age of 86 years old, passed away peacefully at the Thunder Bay St. Joseph s Hospital on July 21, 2019 after a long battle with COPD and heart disease. Paul was born on June 22, 1933. He married Evelyn Shirley...