Sioux Lookout’s newly renovated airport terminal building will increase passenger services, has created new job opportunities, and will help the community further expand its role as Hub of North according to dignitaries in attendance for the official opening of the new terminal building on Jan. 22.

Having more than doubled in space from approximately 16,000 square feet to just over 33,000 square feet, the newly expanded and upgraded terminal building has expanded the business area for each of the airlines who operate out of Sioux Lookout.

Enclosed baggage areas and powered seats for passengers to charge their mobile devices are also new to the terminal building.

The terminal building has also been designed to allow for future expansion and passenger and baggage screening if there was a desire to implement it.

Additional parking has also been created at the airport, which now features gated parking areas.

Airport Manager Ben Hancharuk informed paid parking at the airport is not something new, adding if people park in the short term lot, their first hour of parking is free.

Kenora MP Bob Nault, who attended the official opening, said Sioux Lookout now has a top notch, quality airport that will have the community in good-stead for many years to come.

“From a northern MP’s perspective, one of the most important pieces of infrastructure you can have in the north is good airports,” he said, adding the four major airports in the Kenora Riding have all received significant improvements thanks to the partnership among the federal, provincial and municipal governments.

In his remarks, Sioux Lookout Mayor Doug Lawrance paid homage to the many residents who have sat on past municipal councils and on the airport commission over the years, stating the newly renovated and expanded terminal building was years in the making.

Lawrance said the expansion was absolutely necessary, “We were bursting at the seams.”

“The numbers through our airport have probably quadrupled since the mid-80s,” he added.

Residents from northern Indigenous communities north of Sioux Lookout travel to town for business, to access medical, educational, and government and tribal council services, as well as to purchase goods and services and to visit family and friends.

FedNor and the Northern Ontario Heritage Fund Corporation each provided $4.2 million in funding for the terminal building expansion and improvement project.

Over $6 million was provided by the Municipality of Sioux Lookout.

“That will be paid entirely by Airport operations, it doesn’t come out of the general tax levy,” Lawrance clarified.

“I was pleased to join with community residents and municipal and airport officials to help celebrate the official opening of the Airport which will certainly help attract more visitors and businesses to Sioux Lookout,” Nault concluded.

“We will continue to work closely with our northern neighbours in an effort to continue to provide these communities with the services they require, while also seeking opportunities to enhance commercial activity at the airport as a means to grow our economy and further cement our position as the Hub of the North,” Lawrance concluded. 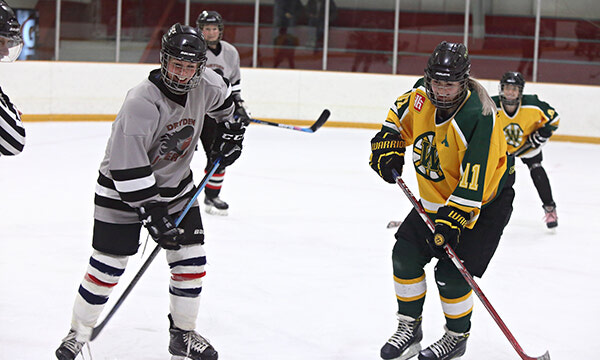