Cadet Luke Bates of Sioux Lookout’s 270 Otter Royal Canadian Air Cadet Squadron (270 RCACS), was presented with a Regional Cadet Support Unit Central Region Leadership Team Challenge Coin for his exemplary work during COVID-19. He received the honour during the Northern Ontario Area’s (NOA) Honors and Awards Parade, held virtually on November 26.
Bates was recognized for his efforts to initiate virtual Personal Development (PD) sessions for senior cadets, with NOA’s Warrant Officer Andrew McKechnie. Bates also participated in virtual Community Council meetings and has been focusing on the training of senior cadets who will ultimately be his replacement upon his retirement at 270 RCACS, on October 5, 2021.
Captain Ted Mitchell with the 270 RCACS, said that during the virtual Honors and Awards Parade, which was being held in the NOA for the first time, two different awards were given out. These awards were to acknowledge people that go above and beyond their call of duty and service to the Cadet Program. He shared that they handed out 15 coins to 10 cadets and 5 adults.
Bates, 18, who graduated from Sioux North High School this spring, has been a cadet at 270 RCACS for almost four years now. Mitchell said, “Luke’s been very focused on making sure that those people that are directly below him are receiving the training they need, and are shadowing him in some of these meetings and opportunities. So, all around, during COVID time, he’s done exemplary work in arranging these senior meetings and participating in our own meetings, and also ensuring that he’s going to have someone there to replace him when he retires.”
Mitchell explained that Warrant Officer McKechnie, who is NOA’s Area Sargent Major, together with our area officer in-charge; make up NOA’s command team. Mitchell explained that in the past, it was usually only when the leadership team was visiting the area, or if cadets were travelling to where they were, with a process to be followed, there was possibility for nominations to be made. Mitchell said, “Because of the COVID restrictions, no one is traveling. There is not a chance to recognize these people on an individual basis. So, they just planned to have the virtual awards parade instead.”
Mitchell explained that a Challenge Coin is a military tradition, which branches out into some civilian segments as well. He said, “For the most part, it contains several meanings. It can recognize an outstanding job. It’s kind of a personal thanks from a leader to say that we saw you went above and beyond, and appreciate your extra effort and here’s a special memento to help mark your effort. It could also welcome you to a unit or say that you belong to a unit. So, it can carry a bit of a membership status here. Or it can be a commemorative type status. So, for special anniversaries, they can come up with Challenge Coins as well.”
Mitchell said that it is rare for people to be presented with this Central Region Leadership Team Challenge Coin, as it marks an outstanding effort. He said, “This is the first time we had kind of a bigger award ceremony where they were handing out a number of these coins.”
Mitchell shared, “The aim of the Cadet Program is to develop in youth, the attributes to good citizenship and leadership; promote physical fitness; and stimulate the interest of youth in the sea, land, and air activates of the Canadian Forces.”
Mitchell said that the cadets in Northern Ontario are fairly isolated. Mitchell said, “There’s not a lot of peers for you to talk to, to help problem solve.” The virtual sessions helped cadets to continue to develop their leaders and connect them to other leaders across the area. These sessions talked about the successes and challenges faced by the cadets, and how they could overcome them.
Bates said that being a cadet taught him a lot of things. “Cadets help me develop a sense of confidence to be able to deliver or address a speech that you do at some point. It helped me interact with my peers and for me to have the tools to develop more team relationship with your peers. Communication skills for sure, learning how to interact with people. A big part of the program is community service. The program definitely helped me pursue my interest in aviation.” Bates added, “But there are lots of opportunities in the program beyond that.”
270 Otter Squadron was officially established in Sioux Lookout in 2017, and operates through a partnership with the Department of National Defense and the Air Cadet League of Canada. Mitchell said, “The league operates locally through the Squadron Sponsoring Committee.” He added, “We also have a local sponsoring committee in Sioux Lookout and they do a lot of work on our behalf and they really make it possible to provide some extra funds. They get their funds through fundraising, through donations from the Royal Canadian Legion and the Lac Seul First Nation, and a couple of other community organizations. So, really we can’t operate without the efforts of our sponsoring committee. I always like to take that opportunity and thank our sponsoring committee for all that they do.” 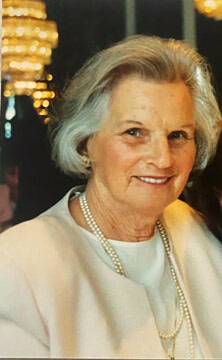 Eva Motluk, Wife, Mother, Mother-in-law, beloved Baba and former resident of Sioux Lookout passed away peacefully at home on November 29, 2020 at the age of 94.
Eva was born on a homestead near Yellow Creek, Saskatchewan May 9, 1926. The family...