The Sioux Lookout Anglers and Hunters are excited for a variety of events that they have planned in upcoming months.

Sioux Lookout Anglers and Hunters member Cory Lago shared that, in just under three weeks, the group will be a part of Family Day at the Town Beach, which is sponsored by Drayton Cash and Carry and Fresh Market Foods.

“We’re going to participate, and probably be sending an email out to our members for the February 18 Family Day down at the Town Beach. There’s going to be a bonfire…It’ll be good for people to come out, cook up some hot dogs, enjoy some hot chocolate, and maybe even shovel off that skating path,” he explained.

Then in March the group will be participating in their annual Debbie Hill Memorial Ice Fishing Derby, which is usually well attended and supported.

“In March, we will be doing our Debbie Hill Memorial Ice Fishing Derby on the Airport Lake (Bigwood Lake). That is going to be March 16,” said Lago.

As we then start to head into the spring and summer months, Lago shared that the group will be getting their archery range ready. They’re also preparing for an already full Walleye Weekend.

“In April and May, weather permitting, we’ll be getting our archery range ready for the summer and fall seasons. We’ll be doing a cleanup there…Then in June we do our Walleye Weekend. The Walleye Weekend is already filled up,” he concluded.

To stay up to date on Sioux Lookout Anglers and Hunters events, check out their Facebook group page. 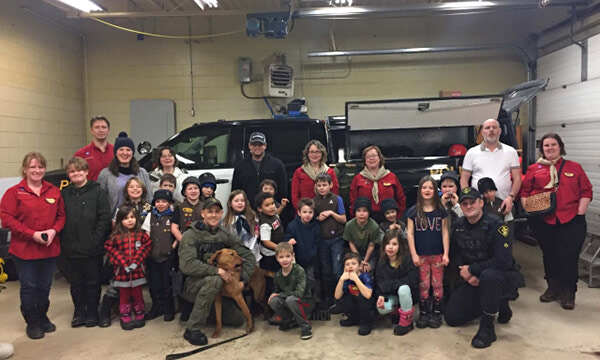 This past week the Beaver Scouts had an amazing opportunity to go tour our local OPP detachment.