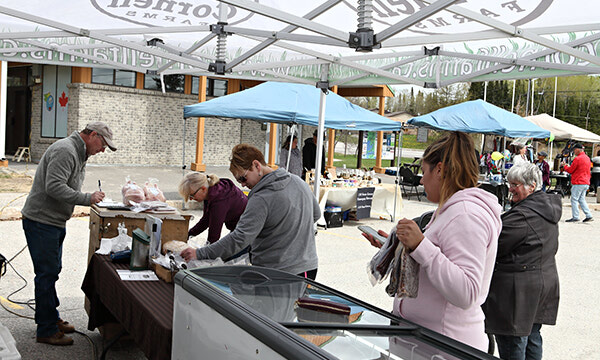 A steady stream of community members visited the first Northwest Farmers Market of the season, held on May 24 at the Sioux Lookout Travel Information Centre.