A silver lining for the Sioux Hudson Entertainment Series (SHES).

As Alyson Martin, Chairperson of SHES explained, “The good news is that two of the four shows that are the last part of our season were just postponed. Thankfully they are not canceled altogether, and we’re actually looking at some dates, so Buck 20, which is our country group, they are going to be looking at the spring, we are looking at keeping it in the spring in the later part, and then Twin Flames, an Indigenous band, First Nations music, Inuit mixed with folk rock, who we are super excited to have come,”

While one cancellation, a showing of the Royal Manitoba Theatre Centre’s presentation of “Chase the Ace” may have been disappointing, Martin expressed understanding of the decision, commenting, “We certainly understand that. At a certain point it’s a lot to be touring,”

The final show of the season, Canadian folk rock band Whitehorse, remains as booked, for May.

Looking back on the challenging year that was 2021, Martin sees a lot to be grateful for.

“We were really thankful that our funders and the artists that we already had booked for the 2021 season really worked collectively to try and make sure that things stayed on board, when everything was starting to shut down.”

Martin continued, “That we were able to maintain and accomplish what we did, was through the ongoing communication with our block booking partners the Northwestern Ontario Presenters’ Group, which we really rely on in order to be able to continue the work we do. And we cannot NOT mention our funders, The Ontario Arts Council, Canadian Heritage, and Ontario Dances, which is an arm of Canadian Heritage that supports our dance performances. Not only did they support us with the funds already presented to us through the grants, but Canadian Heritage also looked at providing some additional emergency dollars just to kind of shore us up and make sure people weren’t contemplating throwing in the towel. Over the last year in particular everybody was able to work together to make it something that we’ll be able to look forward to doing, and to continue presenting this year.”

Martin also expressed appreciation for the Keewatin Patricia District School Board who have provided space for the Entertainment Series performances at the Sioux North High School cafetorium, explaining, “A number of auditoriums and presenting spaces are housed under municipal and school board umbrellas. We really appreciate the communication from the school board in kind of walking this path with us to be able to look at what their protocols are and then recognizing that we have to follow the provincial touring regulations. Through that communication and working together we were able to present our first four shows, and we are looking forward to being able to resume our presenting lineup come March.”

Martin added, “It looks like as of March, we’re going to be able to resume what we were doing before, with the 50 percent capacity, and we will be following vaccine protocols and masking. We are really excited for that too. All of those moving parts coming together, it’s really been about maintaining relationships and communication that has allowed us to maintain what we’ve already been able to do.”

Taking a look back at the successes of 2021, Martin took a moment to share her thoughts on each of the shows presented so far.

Speaking of the first performance of the 2021-2022 season by Lynne Hanson, accompanied by Blair Hogan on guitar, Martin shared, “It was just really beautiful. It was intimate, it was a really beautiful performance with two exceptional artists, and I think what really struck me was it was the first time we had really gathered as audience and artist again; it was a real inaugural moment for the committee.”

On MovetheCompany’s dance presentation of Saudade, Martin stated, “That was our first dance performance in the school space. Joshua Beamish’s MovetheCompany really utilized the space beautifully and allowed us to see how it could be used for dance performances. What was really nice about that was that it was one opportunity where we were able to have one outreach experience.”

Then came the sketch comedy performance of “Middle Raged”, which Martin felt brough some much needed levity at a difficult time, commenting, “Across the board, just being able to hear people laughing, Like, really laughing hard! And just being able to spend time together.”

Finally, the last show of 2021 was the performance by Chantal Kreviazuk. who Martin lauded as an artist who, “Really speaks to humanity and kindness and caring for one another. That type of artist, with herself and a piano, with her really great storytelling abilities, made for a really lovely evening.”

Martin finished by adding, “We know that this was a real learning experience for us, with tickets needing to be purchased ahead of time. It really catapulted us into the world of online ticket sales.” Martin added, “We do know that there’s a lot of people out there that technology is not their thing, so we really encourage those that can to follow us on Facebook and our website. Absolutely make sure to keep checking back, as that’s where we are going to make sure information is located. There are also two numbers on the website, so if there are people who do not have anyone who can help them get their tickets, they are encouraged to give us a call. And of course, we will have posters put up, and we will make sure we will use the old school ways to let people know what’s coming up.” 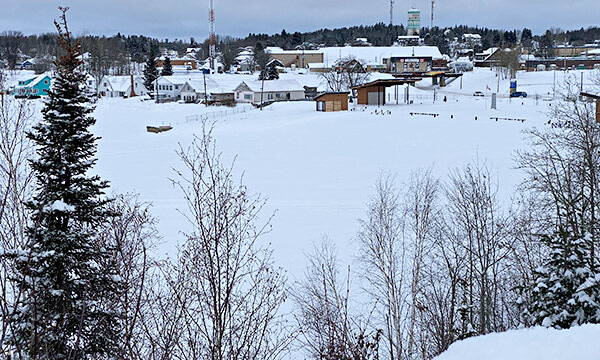