Members of Neskantaga First Nation were forced to evacuate their community last week after a State of Emergency was declared following the complete shutdown of the community’s water system due to an unknown contaminant. As of Oct. 22, there was no running water in the community, including the temporary reverse osmosis system the community has relied on for years as its only source of safe drinking water.
Neskantaga First Nation Chief Chris Moonias and members of the community’s Council last week identified the minimum conditions they would accept before considering a return of their members
“I have sent these conditions to Indigenous Services Canada Minister (Marc Miller) and I expect a meaningful response and plan of action,” said Neskantaga First Nation Chief Chris Moonias in an Oct. 22 news release. “The people of Neskantaga have suffered tremendously, and it is unacceptable that government officials have refused to recognize this as a health emergency. Our people need help now. We are First Peoples living in third-world conditions treated as second-class citizens in a supposedly rich country.”
The minimum conditions Chief and Council identified before they would consider a return of their members to the community are:
Running water must be available from the taps on a 24-hour basis, even if a boil water advisory still exists, only as an interim solution;
Two (2) portable membrane package water treatment units need to be immediately mobilized/installed in the community so that clean drinking water can be produced to mitigate the effects of the crisis, and before damage to the system from cold temperatures;
Given that the current water treatment and distribution system has been a patchwork of ‘Band-Aid’ solutions since first being repaired (1994-present), government must commit and immediately move forward with examining the feasibility of continuing with repairing a flawed system versus the design and construction of a new water distribution system that meets the highest current standards;
Undertaking an extensive certified plumbing survey is required immediately in all residences and unoccupied lots to assess and repair leaks and additional system loads.
Decontamination of homes and associated repairs of water hardware (pipes, sinks, taps, faucets) in disrepair caused by the crisis;
An immediate investigation into business practices of contractors, engineering companies, etc.; and
An immediate investigation/evaluation of contributing factors to the current water and public health crisis.
“In any other community in Canada the complete lack of running water would be recognized as a crisis, especially during a global pandemic,” said Nishnawbe Aski Nation (NAN) Grand Chief Alvin Fiddler. “Chief and Council are stretched to their limit to ensure the safety of their members. The federal government and everyone involved must work immediately with the leadership to meet these conditions so community members can repatriate as quickly as possible.”
As of Oct. 22, according to Neskantaga First Nation and NAN, “There is currently no government support for the evacuation. On Wednesday, senior government officials from Indigenous Services Canada refused to acknowledge the severity of the situation and classify it as a public health crisis. Grand Chief Fiddler wrote to the Prime Minister urging that he immediately intervene.”
Neskantaga has not had safe drinking water since 1995 – the longest running boil water advisory in Canada.
“A water treatment plant was constructed in 2016 but there have been numerous delays, equipment failures and related infrastructure failures. The system failed in 2019, and the long-standing boil water advisory was replaced with a Do Not Consume warning. Indigenous Services Canada refused to evacuate the community,” a news release stated.
Kenora riding MP Eric Melillo is calling for action and used his first question in Question Period last Friday in Ottawa to call attention to the situation in Neskantaga.
“This is by all accounts a public health emergency, and one that could have been prevented if action had been taken sooner,” Melillo stated in the House of Commons.
He added: “The government has shown that they can spend billions of dollars to address a crisis within a very short timeframe - so when will they finally eliminate all long-term drinking water advisories on reserve?”
“Indigenous communities have been underserved for far too long,” Melillo said in a statement. “I will not stop pressing the government until all communities have equal access to the basic necessities of life and to protection from violence.”
“In a remote community, a major infrastructure failure is a crisis, and even more so in the middle of a global pandemic. Community members are living in dehumanizing condition and cannot bathe or flush their toilets. This is a health emergency crisis, plain and simple. It is unacceptable that government officials refuse to declare this as an emergency,” Fiddler stated in an Oct. 21 news release.
Kiiwetinoong MPP Sol Mamakwa is calling on the provincial government to make every effort to support Neskantaga First Nation and help solve the clean water issue in the community permanently.
Mamakwa shared in an Oct. 22 statement, “Losing running water to the entire community during COVID-19 is a disaster, and can put the lives of residents at risk.  All services have been shut down due to the public health emergency, including health services and schools.
“After 9,393 days (over 25 years) without clean water, the community now has to endure no-water-at-all. What will it take for the Ford government to take action?
“Would this be allowed to happen to non-First Nations communities? Are we less than human in the premier's eyes?” 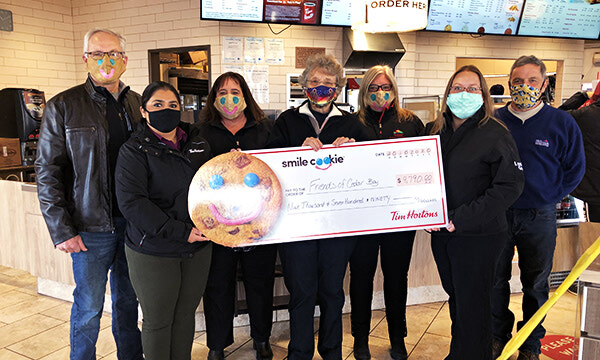