Community members lined the streets to take in this year’s Santa Claus Parade on Dec. 8, which was organized by the Sioux Lookout Chamber of Commerce.
Parade goers’ faces lit up with delight as they took in the colourful lights and decorations adorning this year’s floats and as Santa Claus himself waved from atop his float. Candy treats were shared with community members as the parade made its way south on Third Avenue, west along Front Street and North on Sixth Avenue. 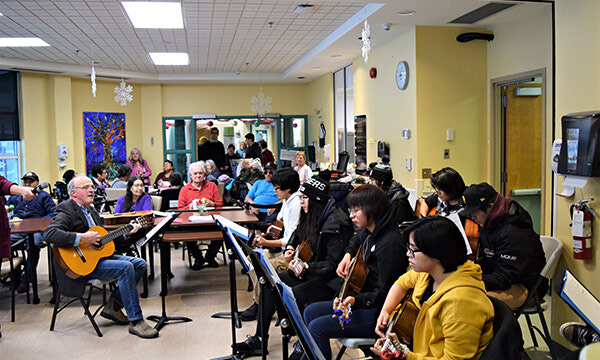