Hannah Gray, an Indigenous Services Canada nurse working in Sandy Lake First Nation is one of four recipients of the 2022 Award of Excellence in Nursing.
Recipients were announced by the Minister of Indigenous Services, Patty Hajdu, on the first day of National Nursing Week and coinciding with Indigenous Nurses Day.
A news release issued May 17 notes, “Under pressure in rapidly evolving settings, nurses can be relied upon to adapt, evaluate and make critical decisions for the patients whose lives rest in their hands. With the unique healthcare challenges that present in often remote and isolated First Nations and Inuit communities, these skills can become a matter of life or death.”
As Gray explains, her journey to working in a northern community started in Ottawa in 2016.
“I graduated in 2016, then I worked in the Ottawa region for about three years. I started my career in a neonatal intensive care unit, which is where I started developing my skills as a nurse.
“I was kind of just looking for something a little bit different and I had heard through a friend about northern nursing, so I ended up applying blind to Indigenous Services Canada, and basically connected to one of the hiring managers.”
Gray continued, “Through our conversation, I really felt like it could be an environment I might enjoy, like it could be a really good fit. It was intimidating in the beginning because I had come primarily from working with babies, so to go from a specialized unit to a broad sort of... anything from primary care to emergency care and public health, was a little daunting!”
Despite feeling a little intimidated by the prospect of making such a huge change, Gray added, “I’m someone who jumps right in and loves to be challenged, so it ended up working out really well.”
Gray explained that she was first informed of her award in late March.
“I was really flattered. I thought it was really kind, and it was really generous of my coworkers because I value a team approach to things. It was very humbling,” Gray commented, adding “I was also really proud that Sandy Lake (First Nation) was going to get some recognition as well, because I think throughout COVID, as a community, they have done just such a fantastic job of taking care of one another. The nursing station, Chief and Council, the Health Director... everyone has just worked so phenomenally together, and I was just really thankful that this had the potential to be highlighted through this award. We couldn’t do our job at the nursing station without that direct support of the community.”
When asked about advice for people thinking of making nursing their career, Gray noted, “I think I would remind people that regardless of what is going on politically, or the monetary value aspect, at the end of the day it’s a huge privilege to work so closely with people and to build those relationships. As much as nursing can be taught as ‘you’re giving’ or ‘you are helping’, I have found from experience that I have gained so much from the work I’ve done. Its taught me so much about who I am as a person, it allowed me to grow into areas of strength. So, I would just really remind people that at the end of the day, you’re not treating tests, you’re not treating diseases, you are treating people. There is something really sacred about that.”
Gray commented, “I would like to say just a huge thank you to the community of Sandy Lake. I felt so totally embraced and supported by them throughout and prior to the pandemic, and it’s been such a huge honour to work alongside of them and with them so closely. I know my time in Sandy will be a very special time for the rest of my life!”
In recognizing the recipients of the 2022 Award for Excellence in Nursing, Minister Hajdu stated, “Congratulations and thank you… for your remarkable commitment to improve health in First Nations and Inuit communities across the country. The COVID-19 pandemic made your already difficult work so much harder. Health leaders like you, so many nurses and all frontline workers were heroic in their dedication to keeping people safe. Thank you for all you do to lead and inspire others in your field.” 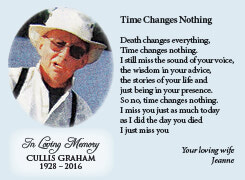