The Rotary Club of Sioux Lookout is supporting schools and organizations in Sioux Lookout and Lac Seul First Nation through profits from local participation in Rotary Radio Bingo.

“The Dryden Rotary foundation operates a bingo annually from October until April. They sell tickets throughout the region…and where they sell tickets; they are committed to returning funds to that community. We partner with them,” shared Rotary Club of Sioux Lookout Treasurer Susan Barclay, adding, “Our role is to distribute tickets and pick up the sales…and sort of act as the agent for Dryden Rotary foundation and then at the end of the year a portion of the profit that was generated through the sales in Sioux Lookout is awarded back to Sioux Lookout and the Sioux Lookout Club determines where that is going to be distributed.”

The area of Sioux Lookout received a funding allocation of $18,000 for the year 2020-2021. The Rotary Club of Sioux Lookout distributed these funds to Sacred Heart School, Sioux Mountain Public School, and Sioux North High School for their nutrition/breakfast programs. Other Sioux Lookout organizations that received support are Hub Transit, Sioux Looks Out for Paws Animal Rescue for its nutrition and supplies program, Friends of Cedar Bay for youth programming, Nordic Nomads Ski Club for youth equipment, and 1st Sioux Lookout Scouts for programming and supplies. Lac Seul Education Authority also received support for its nutrition/breakfast programs.

Barclay said, “Those donations have been made after discussion with the Rotarians and taking into consideration the requests that we had. We are very grateful to have that opportunity for…really just to go out and distribute and pick up the tickets every week.” She added that the club shared the cheques with recipients virtually this year. “Usually at our Rotary meeting, we invite them all and we give them cheques and take pictures. But, currently we are still doing Zoom.”

The Rotary Club of Sioux Lookout wished to thank Fresh Market Foods, DJ’s Gas Bar, Sioux Lottery, Golden Eagle store in Frenchman’s Head and Red Pine store in Kejick Bay, for selling tickets for the weekly bingos. “The vendors do this with no commissions or anything at all, they do this as part of the community offering, and we are very grateful to them for taking the tickets and selling the tickets and managing it,” Barclay concluded. 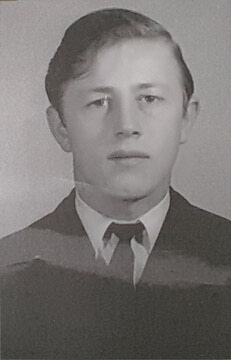 Francis served briefly from 1969-1973 in the Canadian Armed Forces...Maratimes...was honorably discharged and traveled around Ontario eventually settling in Thunder Bay and then back to Sioux Lookout where he passed away from heart issues...