The Municipality of Sioux Lookout recently announced staffing changes within its Senior Management Team in a press release on May 28, which featured the retirement of long-serving Fire Chief and Emergency Services Manager Rob Favot.
Favot, who was born and raised in Sioux Lookout, celebrated his retirement on May 15 after 46 years of service with the Sioux Lookout Fire Department. He has continued to lead the Fire Department, on a contract basis, during the transition to the new Fire Chief.
“When I started back in 1974, I never thought I’d still be on the Fire Department 46 years later. When I did start I really enjoyed the training and working with all the other firefighters… Later on, as I kept moving up and staying on the Fire Department, I kept enjoying it more and more. I thought someday that could be my career as a full-time firefighter or Fire Chief in other communities,” said Favot.
Favot was involved with the Sioux Lookout Fire Department on a volunteer basis over the years while landing opportunities with the Municipality at both the Sioux Lookout Airport, starting in 1990, and in the Water and Wastewater Department starting in 1995. Favot said the opportunity to pursue the local Fire Chief job came in 2001.
“I had an opportunity in 2001 to apply to be the full-time Fire Chief. I was the successful candidate, I became the Fire Chief, and I was in that role for 18 years. I really had a great opportunity, once I became Fire Chief, to work with Mayor and Council, who were very supportive of the Fire Department, and with supportive CAO’s (Chief Administrative Officers). We were able to build the Fire Department up to where it is right now with excellent fire vehicles and good equipment for the firefighters to respond to fires. All these fires are much more dangerous now due to the toxicity and the heat they generate compared to back in the 70’s and 80’s, so we came a long way… Being the Fire Chief was a dream job that came true,” said Favot.
“I’m definitely going to miss the fire department. I enjoy being around the guys because they’re very supportive of myself. If it wasn’t for the guys it would’ve been that much more difficult to get through these 18 years, but the help and support they provided have been great. The people in the community have been very supportive of the Fire Department. All the residents are great. They donate, they help out, and they attend functions… My family has supported me throughout the last 18 years between going out to fire calls at three in the morning and sometimes spending all day training. It’s a combination of all the support we had from all the residents, Mayor and Council, senior management team, and my family,” he explained.
Favot said he’s really going to miss the comradery with fellow firefighters. He had nothing but good things to say about Robert Popovic, who is stepping up as the new Fire Chief and Emergency Services Manager after 20 years of involvement with the Sioux Lookout Fire Department.
“I really enjoy being around the guys. They’re a great asset to the Municipality of Sioux Lookout. Although they’re volunteers, they show up to all the fire calls and they show up to all the training. The Municipality should be really proud of these guys because they take it like full-time firefighters… I couldn’t have asked for a better bunch of guys. I also say Sioux Lookout is very fortunate because we have one of the best fire departments in the country,” Favot said.
“I’m really happy to see we have Bob (Robert) Popovic stepping up from a firefighter’s Captain position to take over the Fire Chief’s job. Bob has been with the Fire Department for 20 years now, and he’s taken on the training part of it. Bob will do an excellent job with the Fire Department to continue providing excellent service to the Municipality of Sioux Lookout,” he added.
“Robert Popovic has been hired as the Municipality’s Emergency Services Manager/Fire Chief. He will commence his new role on June 8, 2020. Robert has been with the Sioux Lookout Fire Service, as a volunteer firefighter for the past 20 years and has served as a Captain and the Training Officer for the past 10 years, and is looking forward to embracing the role of Emergency Services Manager/Fire Chief,” the Municipality shared in their media release on May 28.
Favot said he’s planning on staying in Sioux Lookout. He said he’s not sure what the future will bring, but he’s hoping to keep himself active and busy by continuing to referee local minor hockey and by potentially taking on part-time work.
“I’m going to look at some different opportunities here. I’d still like to stay involved with the fire aspect, but I’ll find something to do because winter is pretty long around here. I’ll probably find some kind of part-time job for three days a week to keep myself busy and active. If my health stays the way it is, I’ll be able to stay involved with the hockey program and refereeing program with minor hockey,” he concluded. 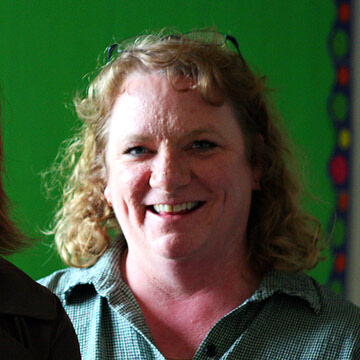 Long-time Day Care Manager Kelly Negus celebrated her retirement this spring after 36 years of providing childcare services within the Municipality of Sioux Lookout.