Road tripping, one charge at a time

With gas prices reaching unprecedented levels and auto manufacturers increasingly offering electric alternatives, it might be tempting to look at Electric Vehicles (EV’s).
Alice Gwyn and Mark Walton are family physicians who trade weekly shifts in Cat Lake First Nation. They made the switch to EV’s while living in BC several years ago and say there’s simply no going back.
As Gwyn explained, “Mark and I have lived in Sioux Lookout for four and a half years. We are family doctors working for the northern practice, and we’ve had an EV since 2015, when we bought a Nissan LEAF. That one only did 140 KM, then you needed to recharge. So, it would do like, Dryden. When we moved here, we had to get it shipped from BC.”
Once they arrived in Sioux Lookout, the reality of our northern distances prompted the switch to something with more range. This led to their current EV, a Chevy Bolt. As Gwyn describes, “This is a pure electric. I bought it in Quebec in September and drove it back. I think it’s a 2018, but we bought it in 2021.”
Thinking that there might be others in the area considering the switch to EV’s, Walton and Gwyn reached out to The Sioux Lookout Bulletin to describe their recent road trip out to Vancouver, British Columbia, and back.
Gwyn notes, “We were a bit nervous about setting off to Vancouver, as recently we’ve only been as far as Winnipeg, with the pandemic and everything, but it was time to visit friends and family. We spent about 10 days on the road, and as I figured it when we got back, we spent $600 dollars on charging the car, which was very reasonable and reduced the cost of our holiday somewhat, which was great given the prices for everything these days.”
The couple found that their EV’s range became much more variable once they reached the more mountainous section of their trip, with Walton noting, “Typically, we’d drive for 2-3 hours and then charge it again, spending 30-45 minutes on what’s called a level 3 charger which can deliver more than 50 kilowatts an hour. To be honest with my three young daughters in the car it was great to have planned breaks when we were driving. We also spent more time talking to people and stretching our legs, so we had more fun on the road.”
With the help of an app called PlugShare, they were able to plot out their charging stops in advance. Other EV users could also leave notes online about any issues with the chargers, taking some of the guesswork out of the process of trip planning. As Walton notes, the trip went quite smoothly...well, mostly.  As Walton explains, “Well one of us, who shall remain nameless, miscalculated the kilowatt-hours to drive between Regina and Swift Current. To be fair as you come into Swift Current, it’s not quite as flat as some other sections on the Prairies and there was an extraordinarily strong headwind that day.” Walton continued, “It was okay, we had an unplanned stop in Morse, Saskatchewan - they had a good Punjabi restaurant and it turned out to be great for kites given the gale that was blowing. So basically, we made ‘lemonade from lemons.”
One thing area residents may want to consider given our winters is that the effective range does drop with the temperature, with Gwyn noting that “Winter reduces range, maybe by 20 or 30 percent. It’s definitely a factor for us, who live in such a rural, remote area. We got a larger battery in March, but last winter we didn’t go to Winnipeg in the Bolt because of that concern about range. Because there’s no (charging stations) between Dryden and Kenora, and then nothing between Kenora and Winnipeg. Whereas going to Thunder Bay, every hundred km at least, there’s a charging station. Upsala and Ignace both have one.”
For many considering an EV purchase, the decision might come down to more than just gas prices, as the EV is a zero emissions vehicle. Gwyn notes that for them, it really came down to “One big chunk of guilt taken out of life. I didn’t worry too much about using my (gas) car to go to work, a five-minute drive in an internal combustion engine car. But for Mark, who has a bit of a stronger feeling around climate change, it meant that he could feel that much more comfortable in driving to work. The thing that was most remarkable when we got our first EV, the LEAF, was how much my husband enjoyed driving more. I didn’t expect that we would wind up going more places and doing more things, so that was a real positive. And once we got the Bolt, with a longer range, then we were able to do our road trip, which we hadn’t been able to do when we had the one with lower range.” 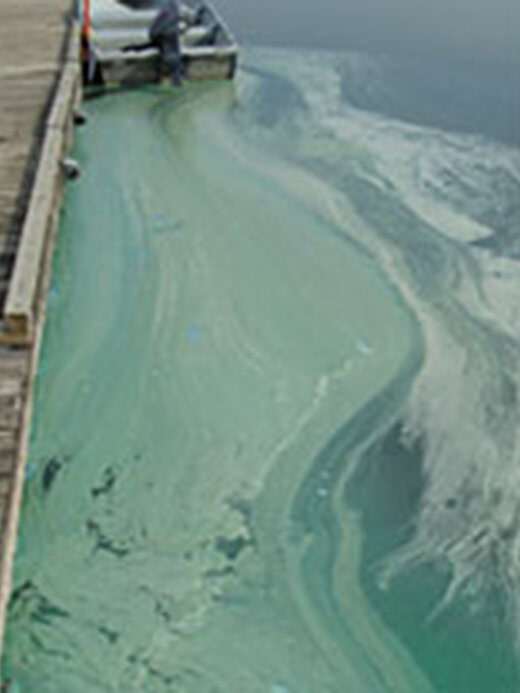 The Northwestern Health Unit (NWHU) is advising that it has received a report of an algae bloom in Pelican Lake, Abram Lake, and Minnitaki Lake near Sioux Lookout...