What’s in your water glass? Think you know? Think again.

It’s been a prevailing story in the media and our legislatures: plastics are bad news for our planet. Unfortunately, plastics are not the only thing lurking beneath the water’s surface. Pharmaceutical drugs and other pollutants are also wreaking havoc on our water systems, freshwater lakes, and beyond. To get a local and scientific perspective on the issue, I have spent time at the International Institute for Sustainable Development–Experimental Lakes Area (IISD-ELA) located right here in the Kenora riding.

For many scientists and environmental advocates, the wide scale problem of plastic and microplastic pollution of our lakes and oceans has long been cause for concern. Finally, decades later, the world is waking up to the extent of the issue and readying themselves for action. Whether it be Facebook videos of whales who have ingested plastic bags or images of plastic garbage floating atop the ocean next to Bali, public awareness around the plastic pollution has grown. Through science and common sense, this epidemic is being recognized on a global scale: the UN World Environment Day, as well as this year’s Earth Day, were both focused on themes of reducing plastic pollution.

This growing public awareness and support is translating into government action; everywhere from Costa Rica to India, countries are stepping up to gradually reduce plastics, starting with single-use plastics such as straws, cotton swabs and microplastics. Here in Canada, we are seeing action across the country, from PEI being on the cusp of banning plastic bags to Vancouver pledging to ban plastic straws, foam cups and containers by June 2019.

The issue of plastics in our lakes and oceans is a prime example of how public education on an environmental issue can result in swift action at the highest levels. We need to seize this momentum to highlight other pollutants that are plaguing our water supplies. Given that Canada’s freshwater has 20% of the world's surface freshwater—we must understand that protecting our water goes way beyond plastics.

Algal blooms, those toxic and unsightly layers of green sludge you see on lakes during the summer, are still plaguing the water in Lake of the Woods, Lake Erie and Lake Winnipeg, with little sign of relief. While often considered a rural concern, everyone should be worried about the potential for algae pollution in drinking supplies in urban areas such as Toronto and Vancouver.

We have other pollutants in our water systems as well. We still know very little about how the drugs we consume on a daily basis impact our lakes, the animals and organisms living there, and the humans who drink from it. Steroids or birth control pills, for example, can enter our waterways, but wastewater treatments plants rarely remove these substances before they reach our water supplies.

Here in Canada, researchers from the IISD-ELA, are working hard to learn more about the potentially harmful effects of these chemicals on our waterways. They have learned that estrogen from birth control pills can turn male fish female, to the point where they try to produce eggs. Antidepressants have been found in the brains of fish along the Niagara River, yet the potential impact on the people and cities that rely on this waterway remain unknown. The research done at this world-class facility is unparalleled. We fought to save this research centre, now let’s learn from its science and convert those findings into real solutions.

Decades ago, it was public concern that first stoked action on algal blooms and acid rain. We have seen how public awareness is translating into serious action on plastics, but we must also consider the broader scope of freshwater pollution. That means stronger support for the unique freshwater science that takes place in Northwestern Ontario and across the country.

As a part of Canada’s climate plan, we are working with provinces and territories to develop Canada’s first-ever national plan to eliminate plastic waste, which will help clean up our communities and waterways. We’ve passed regulations to prohibit plastic microbead-containing toiletries, such as bath and body products, skin cleansers, and toothpaste. These prohibitions started on July 1, 2018, with a complete ban by July 1, 2019. This is a great start, but we must keep this momentum going.

Reducing plastic pollution was a priority of our G7 presidency, where the G7 Ocean Plastics Charter was announced, which will work to keep plastics out of our oceans and waters. At this critical time, a better understanding of our water woes at the scientific level can, and will, inspire the public to create momentum for further government action. Canadians have a duty as freshwater stewards of the future to improve how we treat and manage our abundant water supplies. 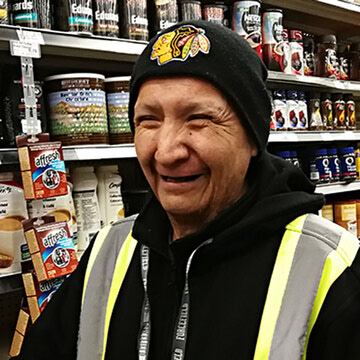 Question of the week: How have you been beating the recent cold-snap?