What Budget 2019 means for reconciliation

Renewing the relationship with Indigenous people and advancing reconciliation are main priorities for the federal government. We have already taken significant steps forward, but as always, there is more work to be done. Budget 2019 provides necessary investments to continue on this path together, including investing in education, addressing climate change, and protecting Indigenous languages.
In our 2017 budget, we provided $69 million over three years towards the Aboriginal Languages Initiative for community-based language projects. We also invested $14.9 million to support an Aboriginal Oral Testimonies Project, as well as $6 million to preserve oral histories by converting speech to text and creating other interactive education materials.
In this year’s budget, we are investing $333.7 million over five years to implement the Indigenous Languages Act.  This Act that will utilize a distinctions-based approach to Indigenous language revitalization projects and will support the creation of the Office of the Commissioner of Indigenous Languages.
As we all know, education plays a large role in the preservation and promotion of any language, which is why in 2017, we provided $115 million over five years to support post-secondary education for Indigenous Peoples.  We then followed up in 2018, by providing $10 million in support of the Métis Nation post-secondary education endowment.
Budget 2019 builds on these previous investments with $327.5 million over five years to renew and expand funding for the Post-Secondary Student Support Program, while the Government engages with First Nations to develop long-term First Nations-led, post-secondary education initiatives.
To help First Nations communities prepare for emergencies and better adapt to the threats of climate change, the government will invest $211.0 million over five years, with $49.4 million per year ongoing, to support emergency responses on-reserve. In addition, we are investing $48 million over four years, starting in 2020-21 to protect communities from climate-related issues that will decrease the need for emergency responses. Budget 2019 also expands the FireSmart program on-reserve to strengthen emergency management across the country.
We know what the impact is to community members when we make the right type of investments to provide better access to clean drinking water. That’s why we put $1.8 billion over five years to build water and wastewater infrastructure, as well as $141.7 million to improve the monitoring and testing of drinking water quality on reserve.
Budget 2019 adds $739 million over five years to support our efforts to eliminate and prevent long-term drinking water advisories.  As a result, we have seen significant positive results which illustrate that these strategic investments are working to bring clean water to First Nations communities.  As we move ahead, we are providing water operator training programs, so that First Nations communities can effectively operate and maintain their public drinking water systems. Fundamentally, every Canadian expects and deserves to know that their water is safe. That’s why we are so committed to ensuring that Indigenous communities have clean drinking water and we won’t stop until we’re done.
All Canadians and Northerners deserve a fair and equal chance to thrive and succeed. When everyone is provided with the same opportunities, we are more successful as a region and as a country. Investing in Indigenous people is an investment in the North, in our country, and in all Canadians. I am proud of the progress we have made to date, and I look forward to even greater successes in the future. 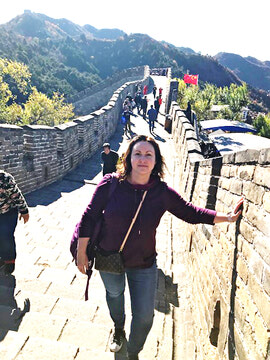 As the Lab Manager for Sioux Lookout Meno Ya Win Health Centre (SLMHC), Brenda Voth understands the pressure to deliver timely and decisive lab results, just one of the many demands of an acute care hospital lab. So when leading life science company...