Parliament Back in Session

I was glad to see several local witnesses testify before Parliamentary Committees on Tuesday.

Later in the evening, I also joined the HUMA Committee to talk to Kenora District Services Board (KDSB) CAO Henry Wall about the housing crisis in our region. We spoke about how government red tape prevents smaller communities from providing affordable housing.

I’m appreciative of the work that Deputy Grand Chief Smallboy and Mr. Wall do in our communities, and for their efforts to advocate for our riding in Ottawa.

Common-sense policies to crack down on Crime

In the House of Commons on Wednesday, I was proud to vote in favour of my Conservative colleague MP Bob Saroya’s Private Member’s Bill C-238, which I jointly seconded.

Instead of criminalizing hunters and sport shooters, MP Saroya’s Bill would have cracked down on illegal gun smuggling. This is the sort of common-sense firearm policy Conservatives support. Unfortunately, the Liberals and NDP voted against it.

During Question Period on Thursday, I demanded answers on promised internet upgrades to the communities of Madsen and Shoal Lake #39. Funding was announced in 2016 – but residents have seen very little improvement since then.

Bringing reliable internet to northern, rural, and remote communities across Canada has been one of my top priorities since being elected MP. We’ve waited far too long, and our communities cannot afford to fall further behind.

At INAN Committee Thursday night, I questioned witnesses about Bill C-8, which would amend Canada’s Oath of Citizenship to respect Indigenous treaty rights. While I support this symbolic change, I’m concerned about the lack of action on issues of direct importance to the everyday lives of Indigenous peoples.

The government must take real action to address the issues facing Indigenous peoples, including boil water advisories and infrastructure deficits.

I am fighting to support families, workers, and business owners who have been impacted by the current crisis. 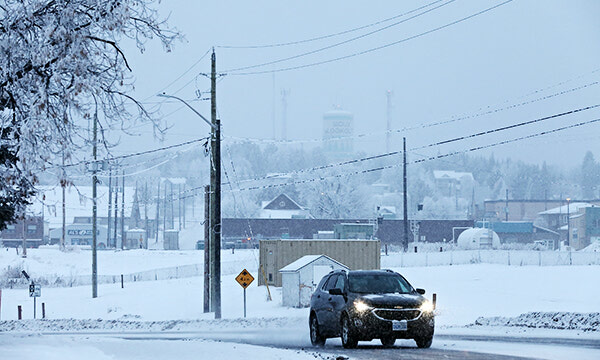 Being prepared when the temperatures drop

Temperatures plunged to below 30 C in Sioux Lookout last week and may do so again before this winter is through.