Improving the lives of families and seniors in the North

In 2015, our government promised to make a real, positive difference in the lives of Northerners and all Canadians by deciding to focus its efforts on helping families and seniors put more money in their pockets. This fall, Canadians will have an important choice to make during the election, and our Liberal government has the only real plan to make life better and more affordable.
Like Stephen Harper and Doug Ford, Andrew Scheer is promising to make deep cuts that will simply make life harder for Northerners, Ontarians, and Canadians.  It’s extremely important to remember, that Andrew Scheer and the Conservatives voted against the Canada Child Benefit which is helping thousands of families deal with the high costs of raising their children. They also voted against cutting taxes for the middle class, and they also voted against a stronger Canada Pension Plan for our seniors.
So far, we’ve increased the Canada Child Benefit, that puts more money into the pockets of 9 out of 10 families raising children, we’ve also cut taxes, and our economy is growing.  We now have one of the lowest unemployment rates on record. Additionally, Canada's poverty rate is at its lowest level on record and the average family income is at a record high. This progress is significant, but our work isn't done. We’re continuing with our plan to invest in people to make sure every Northerner and Canadian are getting the support they need throughout all stages of their lives.
To continue this momentum, we launched Canada’s first ever National Housing Strategy (NHS) that is helping to make housing more affordable and accessible for Canadian families and those who need it the most. The NHS is a $55 billion investment that will create more housing for those in need, lift more Canadians out of poverty, and cut homelessness in half. Since day one, our government has been working to build strong communities where Canadian families can prosper and thrive, regardless of where they live.
Since 2016, the Kenora riding has seen a total CMHC investment of $49,155,895, which includes investments in affordable housing, affordable housing for seniors, on-reserve and renovations. So far, a total of 958 units have either been renovated or built. In addition, through the New Horizons for Seniors Program we also made investments in 33 senior-led projects totaling $685,315.
Not only do seniors deserve affordable housing, but after a lifetime of hard work, seniors deserve to end their careers with peace of mind, knowing they have enough money to retire with dignity. Our government knows how valuable the contributions that seniors have made to our communities which helped build the country we are proud to call home. That’s why we’re making further investments so our seniors get the support they need for the retirement they fully deserve in order that they can enjoy a better quality of life in their later years.
First, we’ve increased the Old Age Security and the Guaranteed Income Supplement, which will provide up to $2,000 more in the pockets of our most vulnerable single seniors compared to the previous Harper Government. Second, we restored the age of eligibility for OAS and GIS to age 65 after Stephen Harper raised it and made life more difficult for seniors, and finally, we’re improving the all-around quality of life for them by investing in home care, accessibility, digital literacy, and the new Social Finance Fund.  It’s programs like these that help our seniors to stay active and involved in our local communities.”
Every Northerner should feel good about what the future holds and be confident that support will be there for themselves and their families when they need it. With more money in their pockets, all Canadians have an opportunity to better support their families, invest in their futures, and grow our economy. We know there is still much more work to do, and we will continue to put people first which will help make our communities an even better place to live.
Seniors have played and continue to play an important role in the lives of Northerners and Canadians, and in return, we need to ensure that their contributions have been duly recognized. 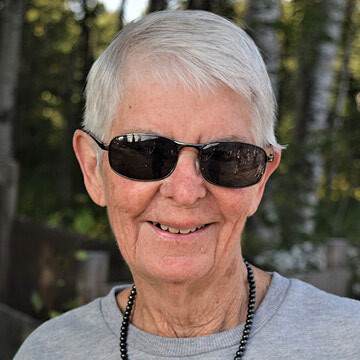 Question of the week: What did you enjoy about this year’s Blueberry Festival?