I had a great week in Ottawa fighting for the Kenora riding and for Northern Canadians.
In Indigenous and Northern Affairs Committee on Tuesday and Thursday, I spoke to representatives from territorial governments, federal departments, and Indigenous organizations about food security in the North and how Nutrition North can be improved.
In Question Period on Wednesday, I asked the Prime Minister when municipalities in the Kenora riding can expect to know the results of their funding applications, as FedNor has blown past their stated deadline for decisions. Unfortunately, the Prime Minister seemed to have no idea what the topic was, and replied with information about economic development in B.C. This is another example of how this government continues to overlook and neglect the North.
I presented four petitions in the House of Commons that evening, including calling for aid to tourism operators and standing up against human rights abuses by the Chinese Communist regime.
The next day, I asked a follow-up question about postal service in the North. Canada Post recently announced a consultation with Northern and Indigenous communities, a few weeks after I initially raised this issue of strained post office capacity in Question Period; during Adjournment Proceedings on Thursday, I pushed the government to commit to upgrades.
I’m looking forward to being back in the riding over the holidays.
As always, if there is anything my office can assist you with, or if you would like to arrange a meeting, please call me at 807-468-2170 (Kenora) or 807-223-2182 (Dryden) or contact me by email at [email protected].
Sincerely,
Eric Melillo
Member of Parliament 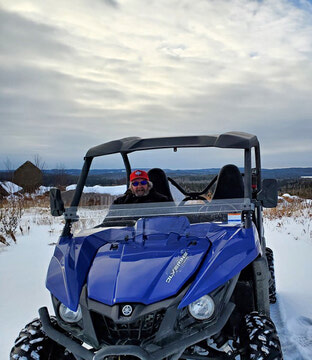 Dick's Hideaway: Something a little different

What a nice weekend breakaway on a mild winter escape. Friend Frank Miclash invited me to spend some bush time north of Kenora, exploring old forest roads and cutting some firewood for his camp where he hosts the Great Canadian Whiskeyjack Calling...