I was pleased to announce last week that our riding’s share of FedNor funding has increased significantly since I was elected MP.

FedNor is Northern Ontario’s federal economic development agency, and has a mandate of supporting businesses and other initiatives that stimulate the economy in our region.

As Official Opposition Shadow Minister for the agency, I keep a close eye on FedNor spending to ensure tax dollars are being used effectively. I’m also a vocal advocate for local projects.

That work is paying off. Prior to 2019, the Kenora riding received an average of approximately 5% of total FedNor funding. In the 2020-2021 fiscal year, that rose to 14.55%; the riding’s share of funding has now reached 21.3% for the current fiscal year (which ends in March).

The Kenora riding has historically been left behind, which is why I’m committed to being a strong voice for our region and fighting to make sure we get our fair share of funding.

Standing up for forestry workers

I was frustrated to see the American government will be doubling tariffs on Canadian softwood lumber, threatening forestry jobs in Northern Ontario and across the country. This announcement came a week after Prime Minister Trudeau met with President Biden.

Justin Trudeau has failed to convince the President to back down on their government’s damaging protectionist policies. Either he doesn’t care to defend Canadian workers, or he’s unable to work with his colleagues on the world stage.

In Question Period on Friday, I asked whether the Prime Minister raised this issue with President Biden and what steps the government is taking to reach a softwood lumber deal with the US. 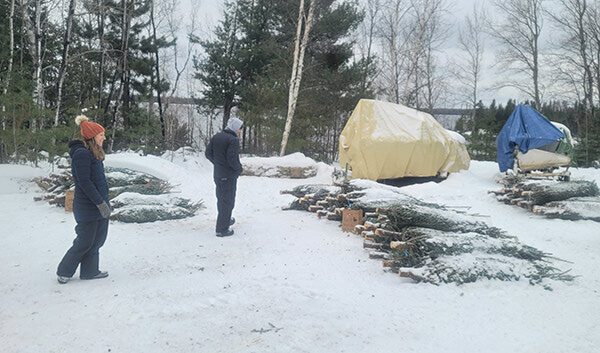