It’s been great to be back in the riding meeting with constituents and community leaders.

I’ve been participating in Parliament virtually, and it’s been a very eventful week.

Standing up to Communist China – and standing up for freedom

On Monday, Parliament passed a motion declaring the Communist Party of China’s persecution of Uyghurs a genocide. The Chinese Communist regime has imprisoned over 1 million members of the Uyghur minority, holding them in barbaric camps where they are subjected to torture.

Shamefully, Justin Trudeau and his cabinet skipped the vote, sending his Foreign Affairs Minister to abstain “on behalf of the government.” This is cowardice, pure and simple.

Justin Trudeau has always been naïve on the threat posed by this dictatorial regime. His government has partnered with Chinese firms who reneged on their commitments and given tenders to Chinese state-owned companies despite security concerns. His officials at Global Affairs Canada even pressured Canada’s military to hold joint training exercises with China’s People’s Liberation Army.

The Conservative Party has been calling for sanctions on human rights abusers, urging the government to ban Huawei from our 5G network, and demanding the safe return of detained Canadians.

Fighting for food security in the North

On Tuesday and Thursday, the Indigenous and North Affairs Committee continued our study on Food Security in Northern Canada. Appreciated hearing from witnesses about how we can ensure all Canadians have access to nutritious foods.

Tuesday night, I pushed the government to commit to a timeline for improved internet in the Kenora riding.

In 2017, the government announced $4 million for internet upgrades in Northwestern Ontario communities, including Madsen and Shoal Lake 39. Years later, residents have not seen any progress.

In Question Period last month, I asked the government where that money went, but I didn’t get a straight answer. During House of Commons Adjournment Proceedings on Tuesday, I asked again when residents of Madsen and Shoal Lake 39 can expect improved internet. I was finally told that the upgrades are expected to be completed by the end of March.

I will be holding the government to account to ensure they deliver.

On Wednesday, Parliament passed a Conservative bill exempting farmers from the carbon tax.

Farmers burn a lot of gasoline, diesel, propane, and natural gas producing the foods we eat – and they can’t reduce their output without serious impacts on the food security of Canadians.

Introduced by my Conservative colleague Philip Lawrence, this Private Member’s Bill spares farmers from the burdensome cost of the Liberal carbon tax, keeping our agriculture sector stable and competitive.

My staff will be on-hand to help with passport applications on March 16th in Dryden and March 17th in Kenora. In order to remain COVID-safe, we can accommodate two people at a time; please call to make an appointment. 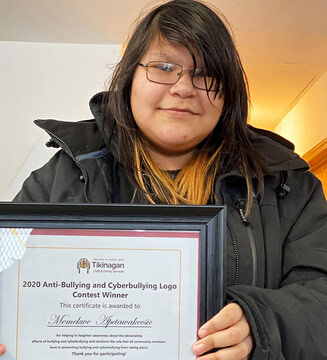