I was very excited to welcome our Conservative Leader Erin O’Toole to Northern Ontario for his virtual tour of the region on Friday.

Erin O’Toole met virtually with a wide variety of business and community leaders from across Northern Ontario, discussing how to create opportunities in the region and secure Canada’s future.

February 1st marked twenty-six years of the boil water advisory in Neskantaga First Nation. I made a statement in the House of Commons calling on the government to honour their commitments to provide clean water for all.

Fighting for a better COVID-19 response

In the House of Commons on Tuesday, I gave a speech on the Liberal government’s economic statement. Discussing the challenges faced by Canadians struggling under lockdowns and the small businesses and tourism operators in our riding who have fallen through the cracks, I stressed the urgent need to procure vaccines and implement rapid testing so Canadians can get their lives back.

Canadians need the government to succeed on this so we can secure our future.

Action for Missing and Murdered Indigenous Women and Girls

Canadians are still waiting to see the government’s action plan for Missing and Murdered Indigenous Women and Girls, which was supposed to be released last year.

During House of Commons Adjournment Proceedings, I pressed the Liberals on when we will see this plan and highlighted the need for the government to act quickly.

On Wednesday, I was proud to vote in favour of my Conservative colleague Scot Davidson’s private member’s bill stopping the export of plastic waste to foreign countries.

I was glad to see this important bill pass, but disappointed to see the Liberals vote against this common-sense policy against plastic pollution.

In Question Period recently, I asked why promised internet upgrades in Madsen and Shoal Lake #39 have not been completed. I’ve also submitted an Order Paper Question demanding a status update, which will compel the government to provide an answer within 45 days. Northern Ontario has waited far too long for reliable internet.

Standing up for the North

The Indigenous and Northern Affairs Committee had productive meetings on Tuesday and Thursday, studying legislation related to Truth and Reconciliation Calls to Action. I look forward to resuming our study on food security in Northern Canada in the coming weeks. 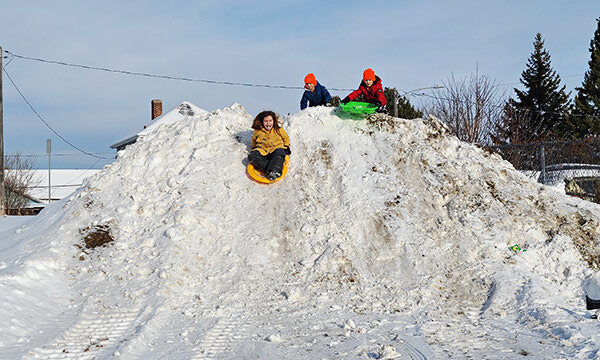 This winter has brought relatively warm temperatures to the Sioux Lookout area, marking this past January as the third warmest recorded since 1939. Warning Preparedness Meteorologist with Environment Canada, Gerald Cheng said last week, Winter took a...