I have watched with deep concern the events unfolding in Ukraine. My heart is with the people of Ukraine and Canada’s strong Ukrainian community, including the generations of Ukrainian-Canadians who have made lasting contributions to our communities here in Northwestern Ontario.
All democracies must stand against Putin’s illegal invasion of a sovereign nation, which is why the Conservative Party has supported the government’s actions against Russia. We are also calling for additional measures including expelling Russia’s Ambassador and recalling Canada’s Ambassador from Moscow; revoking the licenses of state-controlled broadcasters like Russia Today, who are spreading disinformation about this conflict; and isolating Russia internationally by seeking their removal from international organizations like the G20.
Additionally, we are urging Canada to help Ukrainian refugees by implementing visa-free travel from Ukraine to Canada.
Going forward, Canada must also leverage our natural resources to advance global energy security. Russia and other dictatorships are major producers of oil, gas, and critical minerals; these are sectors in which Canada can step up to supply ethical sources of energy to international markets, reducing reliance on trade with tyrannical regimes.
Improving Elections in the Kenora Riding
During the 2021 election, poor communication by Elections Canada and unannounced changes to voting locations caused confusion and hindered some residents from voting. Immediately after the election, I called for an investigation into these issues, particularly the fact that several fly-in First Nations did not have election day polls.
On February 17th, I questioned Chief Electoral Officer Stéphane Perrault during the Standing Committee on Procedure and House Affairs, asking him how Elections Canada plans to prevent similar situations going forward. On March 3rd, Perrault and Deputy Chief Electoral Officer Michel Roussel met with me to discuss their response in more detail.
Elections Canada is accepting responsibility for mistakes made and taking action to ensure our riding is better served in the future. Elections Canada has committed to improving communication with remote and Indigenous communities and is also exploring the feasibility of providing advance voting opportunities for remote communities.
I will be watching closely to make sure these changes are implemented, because every citizen should have an equal right to cast their ballot.
Working For You
As always, if there is anything my office can assist you with, please call me at 807-223-2182 (Dryden) or 807-468-2170 (Kenora) or email me at [email protected].
Sincerely,
Eric Melillo
Member of Parliament 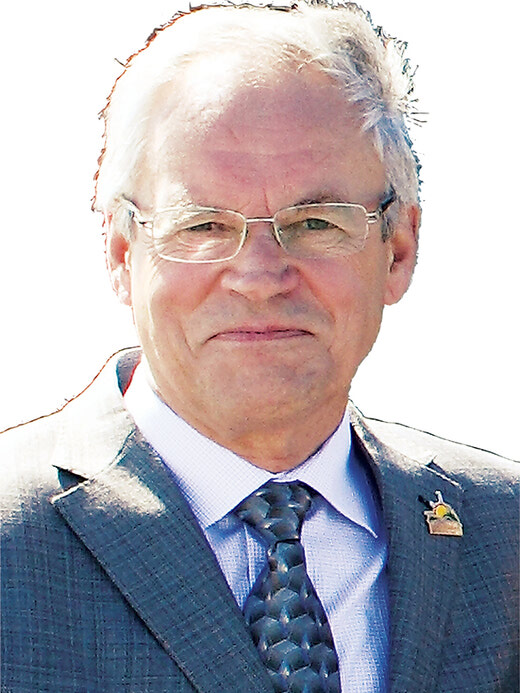 From The Mayor's Desk: The Ukraine and Sioux Lookout
Tuesday, March 8, 2022
0 comments

The on-going invasion of the Ukraine by Russia is of great consequence to people all over the world, including we who in live in Sioux Lookout...