Addressing and advocating against any racial tensions in the community, the Sioux Lookout Anti-Racism Committee (SLARC) invested over three decades in local service, before dissolving in 2019.

The Municipality of Sioux Lookout instituted the committee in 1988, to address and promote meaningful relations between the Anishinaabe people and Sioux Lookout.

Every March, the committee would conduct its Racism Awareness Week initiative, which included community-involvement events and activities.

“We would have a week of activities in March, and it was always close to March 21st, which is the International Day for the Elimination of Racial Discrimination. We would have different activities throughout the community, and usually culminated in a big community feast, which was well attended by all people. So, it was really a nice way for people in the community, Indigenous and non-Indigenous people, to get together and have some fun, and often, we also had entertainment,” said former SLARC Chair and long-time advocate Terry Lynne Jewell.

Long-standing SLARC member Garnet Angeconeb shared that SLARC would work with schools and the business community, alongside several other organizations, to host awareness workshops. It would also conduct community activities like sharing a meal or putting together a music concert to promote anti-racism and inclusiveness in the community. He said, “SLARC was very creative in how it worked with racism in the community.”

Jewell said that SLARC made Sioux Lookout a more welcoming place for people coming from the north. She added, “Racism is really toxic. It’s like violence, I think, against individuals or groups of people. It’s really damaging for the people and the community.”

Jewell added that there has been a lot of damage done, especially towards Indigenous people. “I think it goes back to colonialism and in Canada. I think it has to do with power and disrespect for other cultures, where the people that came in didn’t recognize or acknowledge the land, or the people that were already here.”

Jewell shared that SLARC, being a community-based organization, struggled to get enough volunteers involved with committee operations. She said, “At the end, we finally decided that we would not continue. It was just because we didn’t have the people that wanted to get involved. It wasn’t because racism had been solved or anything like that, because I think there is still a great need for it.”

Jewell shared that she has noticed an influence of SLARC’s activities in other community organizations over the years. She pointed out organizations such as Sioux Lookout Meno Ya Win Health Centre doing a lot around bringing cultures together. Jewell added that she noticed initiatives also being picked up by schools, along with contributions from work done by the Municipality’s Truth and Reconciliation Committee.

The Truth and Reconciliation Commission of Canada was established to facilitate reconciliation among former Indian Residential School (IRS) students, their families, their communities and all Canadians.

“The Truth and Reconciliation Commission (TRC) provided those directly or indirectly affected by the legacy of the Indian Residential Schools system with an opportunity to share their stories and experiences,” states the Government of Canada’s website.

The commission has published 94 Calls to Action for Indigenous and non-Indigenous Canadians, to come together in an effort to help repair the harm caused by the residential schools and move forward with reconciliation.

Sioux Lookout Mayor Doug Lawrance said, “The Indian residential school system could be called nothing, but racist, I think. It was based on racial separation of the community. So, our committee is related to racism, but we related through the 94 Calls to Action.”

Municipal Clerk Brian P. MacKinnon shared that there is a high level of cooperation among many organizations and agencies within the community and throughout the region, working together to improve the quality of life for any number of residents. These activities also often promote positive race relations.

Lawrance said, “The inter-agency cooperation between mainstream and Indigenous agencies, I think, it is very positive in Sioux Lookout. Racism, obviously, can exist at a personal level as well.” He added, “I think there are a lot of good people and good things to combine to marginalize racism. Try and attempt to marginalize the negative with the positive, keep on doing good things.”

Lawrance said that the community of Sioux Lookout is deeply integrated with, is welcoming and appreciative of First Nations people and their culture.

“We also have a growing sector of visible minority of different non-white people coming to Sioux Lookout,” Lawrance said. He shared that recently, a local resident looking to establish a worship space for Muslims in the community had reached out to him. Lawrance said that Sioux Lookout welcomes people of different cultures and backgrounds, and that he would be happy to integrate cooperation and interpersonal diversity to better serve the evolving, multicultural community of Sioux Lookout.

MacKinnon shared that there are many local businesses that are owned and operated by Indigenous persons, in addition to many other persons of various ethnic and racial backgrounds. He added that the presence of these businesses in the community not only contributes to our economic diversity and well-being, but also serves to foster positive race relations, simply by demonstrating the tremendous value brought to our community by their presence.

MacKinnon further shared that there are many unifying activities and initiatives in Sioux Lookout that help to bring people together from a variety of cultural backgrounds, socio-economic strata, and belief systems. Sports, festivals, concerts, and a myriad of community gatherings are typically welcoming to all participants, which further supports and fosters positive race relations.

He continued, “For the most part, I think Sioux Lookout is a welcoming community. But, we should always be mindful of some of the things that other people may face. People may have fear, in terms of relations. I think Sioux Lookout is a diverse community and in some ways we need to continue on with fostering good relations for everyone. The need is still there to promote better relations amongst all of us.”

Jewell concluded, “There still needs to be lots of work done, and education is really key to people learning about each other and understanding where people come from.” 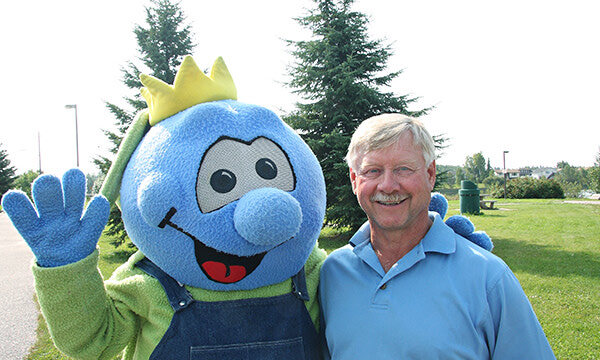 The Air Transport Association of Canada (ATAC) has started a petition on change.org, for the induction of the late Harvey Friesen to Canada s Aviation Hall of Fame (CAHF)...