A Pixellot S1, an automated sports production camera donated to the Sioux Lookout Minor Hockey Association (SLMHA) by local resident Keith Atwood, has now been installed and is able to stream practices and games to parents and relatives of SLMHA players in the comfort and safety of their homes. Atwood said, “It’s up and running, and I hope that people will dial in and cheer on their kids from home, if they can’t go to the actual rink.”

The first live game was broadcast on the evening of February 17 across various platforms. The broadcast can be accessed through Myrink.ca, a website especially created for SLMHA. The website shares a link to download the Pixellot mobile app that may also be used to access the broadcast. Due to technical difficulties, the hockey association wasn’t able to create a personalized YouTube channel. However, practices and games can also be viewed on Keith Atwood’s YouTube channel.

Atwood shared that the Pixellot app is a preferred platform to view practices as it enables people to “move their phone or iPad side to side, or use their fingers to pinch in, to see just one part of the ice, and follow their child as the child skates around the rink.”

SLMHA President Grant Power said, “Parents that weren’t able to come prior, due to COVID, are now having the opportunity to see and watch their kids.” He added, “It adds a whole new spectrum to what we can offer the families with regard to watching their kids grow up. My aim is making that accessible for everyone to watch the kids and make it fun for everybody. I just want to see the kids having fun.”

The Pixellot S1, Fully Automated 4 Camera Sports Production System offers several features to users. The sensors and technology used in the camera enables it to identify each player and the puck, with features to zoom in on individual players and accurately track each movement of the game. The camera intelligently records the scoreboard, keeping constant track of the score, relieving a person from having to manually update. Atwood said that the precise recording of the game further benefits coaches to help review and improve specified skills of the players.

Amy Houtz, who was able to enjoy watching her child play virtually, said, “It’s a complete added benefit to parents with only one parent allowed to go. So, both parents are able to watch without both being there. We’re pretty lucky Sioux Lookout has that opportunity given to us.” She added, “The kids feel like they are NHL players now, because they are live. The kids are pretty excited that they are being broadcasted, so they feel kind of famous.” 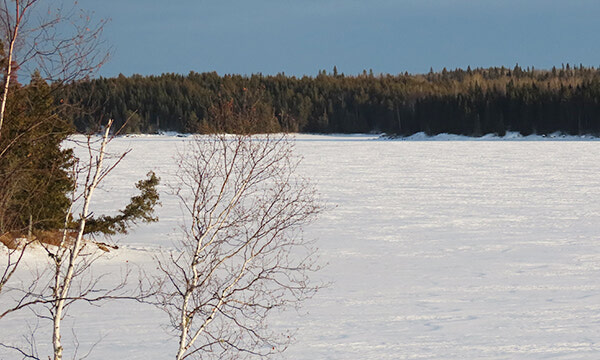 A cake maker in a bakery couldn t sculpt a frosted treat more beautiful than the wind on a snow covered lake at sundown...