Looking out the window might not evoke visions of warm summer days but when it comes to the 2022 Blueberry Festival, things are already heating up.
Celebrating its 40-year anniversary, this year’s festival will run from July 29 to August 7, and behind the scenes, the preparations are well underway.
Speaking with Blueberry Festival Committee President Dori Hopko it seems clear the Blueberry Festival Committee would like to make this year’s 40-year anniversary festival one to remember.
As Hopko explained, “We’ve just about completed our logo, which will be revealed, and our t-shirt colors have been chosen, blue obviously. To celebrate 40 years of the Blueberry Festival we are looking forward to being able to host more events this year. And what we’d like to see, what we’ve put out there on social media, is that for anybody that would like to host an event, please contact us. It would be great if a few older events were brought back. It would be great to have a boat parade, it would be great to have a swimming race, do a kids scavenger hunt, anything like that.”
Blueberry Festival events come and go, in part due to the somewhat transitory nature of the Sioux Lookout demographic.
Hopko continued, “Because the dynamics of our community changes so frequently, the people who used to do some of our events are not here anymore. They’ve moved on. Hopefully we’ll be able to see the baseball going ahead, the golf tournament. The Rotary Club being able to have a sit-down pancake breakfast would be lovely. We’d like to see the triathlon going again, the 5k race.”
Another concept still in the planning stages is the formal recognition of former coordinators and the event’s founders themselves. Hopko shared, “We are putting it out there that we would like to do some type of event in celebrating the 40 years of the Blueberry Festival, with the previous coordinators of the festival, which would be really cool. Let’s celebrate 40 years of the Blueberry Festival, which was founded by Marnie Hoey, Allan Pizziol, and Dick Davidson. Those three people were the initiators to this, so let’s celebrate that success!”
Hopko also would like potential event organisers to start planning as early as possible, adding, “Just a reminder for folks who are thinking of an event, get started on getting it organized. Think about your events and get them registered as soon as possible.  We are making deadline dates, as we have to have enough time, but the sooner the better obviously. I don’t have an exact date yet as we are just going through the sponsorship packages, but I would say by mid-June. That gives us time to go through them and go to print. The end of June would be the latest because we have to go to print with things. Our deadlines will be revealed probably in another week.”
The hope is that if COVID restrictions continue to be lifted, this year’s festival could see a return to traditional in person events, but Hopko is still happy with what was accomplished over the last two years, stating, “We were very fortunate as a committee to be able to do something the past two years. We offered 50 events as opposed to 100 /120. We were still able to do the drive-through opening ceremonies, it gave some organizations the opportunity to do fundraising like the Shriners, the Rotary Club. The drive-through Bert’s Birthday, which was awesome. It was amazing how many people participated! it was such a great feeling. This (year) is going to be huge! We are a pretty committed group, and we’d love to see the community rally together and unite as one and offer events for all ages.”
As more details are finalized the information will be posted to the Blueberry Festival Facebook page at https://www.facebook.com/BlueberryBert. 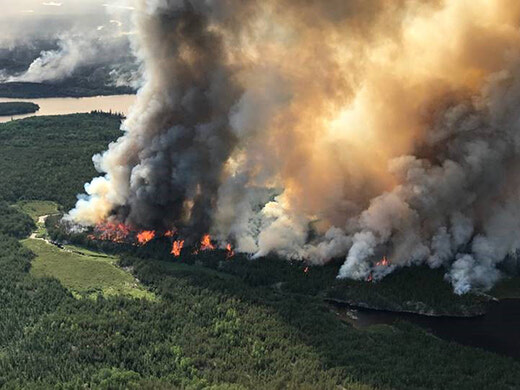 Snow accumulations this winter could be good news for the start of this year's wildland fire season, which begins on April 1...