Sioux Lookout Multi Cultural Youth Music Program students are hard at work preparing to present the centre’s fifth annual Christmas Concert, which will be presented online this year due to the COVID-19 global pandemic.
Youth Music Coordinator for the Nishnawbe-Gamik Friendship Centre’s Sioux Lookout Multi Cultural Youth Music Program, Tommy Kuzemczak said, “I’ve been doing a Christmas concert for a number of years now. I always look forward to playing music and so do the kids. I mean Christmas is a very special time and the kids want to display their talents. They want to show their parents and their peers that they are players.”
Twenty-four performers will put on the concert, which will include more than 35 songs and a combination of solo and band performances, on December 12 starting at 7 p.m. Kuzemczak said that the show is expected to run anywhere between 90 to a maximum of 120 minutes. Kuzemczak said that people can view the concert through social media platforms. “You can tune in on Facebook, Sioux Mountain Online Music Festival 2020, that’s one of the sites. You can tune into the Nishnawbe-Gamik Friendship Centre’s YouTube page and you can also tune into the Sioux Lookout Multi Cultural and Youth Music Program’ Facebook page, or you can tune into my Facebook page.”
Kuzemczak said, “It’s really a lot of work to put it together.” With performances staring to be captured on video this week, the team has only had about a month to put the show together for this year. “You know, in that month, you’ve got to figure out the songs. You’ve got to learn the songs, teach the songs, and then you’ve got to rehearse the songs, make sure they’re doing a good job. I deal with all walks of life and it’s a lot fun, I have a lot of fun working with kids.”
Kuzemczak shared that during rehearsals and while in the studio, everyone is required to wear a mask, which can be removed on stage during practice. “What we’ve done down at the centre is we’ve put Plexiglass up. The stage is all divided by the Plexiglass. Everybody is divided by Plexiglass on the stage and there’s a Plexi drum cage around the drummer as well.”
“Everything was live in-person. When the pandemic happened, I had to start doing other things. I’ve never ever done a virtual concert until the pandemic happened. The reason we’re doing this is because of the success of the Blueberry Festival. During the pandemic, all the kids asked me, are we going to do the Sioux Mountain Music Festival?” He shared that the curiosity among kids and also from other local people and bands, motivated him to work on it. “I spoke to my supervisor, so what can we do? I want to have a concert and she says we’ve got to think of something out of the box; if you can do it virtually, do it virtually. So I put a crew together and we did it.” He added, “That’s why we’re having this concert virtually at Christmastime, just to keep the ball rolling.”
Kuzemczak said, “This is really tough, but they’re getting it.” He added, “I don’t see a big difference between a camera and a crowd. But then I’m older, and I understand what cameras can do. The kids are a bit younger, but they understand what the camera does and they also understand there could be a thousand, there could be ten thousand people watching. So, look at the camera and smile and that’ll work.” He said that while it is a huge change, and some children may feel nervous of it, the switch might be a great way to overcome stage fright.
A youth musician, Jackson Carnochan said, “I’m looking forward to more people being able to see it and being able to watch it, like before if you missed the concert you had to wait, but now you can watch it after because we’re recording it all.” Youth musician Weston Chabbert said, “It’s better because anyone could watch it, across the world, anywhere. More people could watch it. It’s not just on this time and space and it’s different because it’s fun playing in front of people.”
Kuzemczak said, “Even if you make a mistake, it doesn’t matter, you’re trying to do it, you’re really trying to do it. A lot of the kids just want to play, they want to perform, and even if they’re scared the first time out, to find the second time out.”
Youth musician Janzen Esterreicher said, “It’s different. It’ll probably be better. Like Weston said, there would be more people, and for the nervous people, they’ll be less nervous once you have just a cameraman in the room.” Kuzemczak said, “They’re rocking, they’re kicking ass, they’re trying and that’s all I can ask.”
Kuzemczak added, “I have a waiting list right now, because of the pandemic, everything has been changed considerably and we may be going back online the term in December, depending on what happens over the three weeks. Right now I’ve got a waiting list of six kids who want in, that I’m trying to find spots for. But I’m not sure what’s going to happen in the next term. The next term starts December 1st, we maybe going back online, and if that’s the case, the program’s got to be changed again.”
The team is striving to make it a successful concert and invites everyone to be a part of their joy. 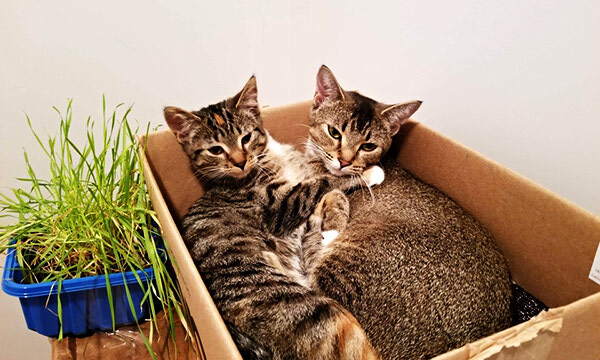 With people spending more time at home during the COVID-19 global pandemic, Sioux Looks Out For Paws believes this could be a great time to bring home a pet.
It s a wonderful time to adopt because people are home and they can do the training and...