The community of Poplar Hill First Nation has been evacuated by the Canadian Armed Forces due to the proximity of Red Lake 65, a forest fire that as of last Sunday evening was reported as not under control at 4012 hectares in size burning 16 kilometres southwest of the community.

Residents of Poplar Hill First Nation were evacuated to Thunder Bay, Kapuskasing and Cochrane according to Ontario Warnings, the official account of Emergency Management Ontario.

The Municipality of Red Lake posted on Facebook on July 11, “Please be advised at this time that the Municipality and the MNRF Forest Fire team are closely monitoring Red Lake Fire 77 which is currently located approximately 35 kilometres west of Red Lake.

“Although Fire 77 does not pose an immediate threat to our Municipality, we are concerned that if the conditions continue to worsen and Fire 77 approaches within close proximity of our communities, we may need to issue an evacuation notification as early as Wednesday, July 14, 2021.”

Red Lake 65 and Red Lake 77 are just two of the 66 forest fires the Ministry of Natural Resources and Forestry’s Aviation, Forest Fire and Emergency Services (AFFES) reported last Sunday evening it was battling in the region.

Other fires of note in the region reported by AFFES last Sunday evening include Kenora 51 – not under control at 46,316 hectares and Red Lake 51 - being observed at 27549 hectares and located 27 kilometres west of Deer Lake First Nation. Deer Lake First Nation has also been evacuated with the City of Thunder Bay confirming on July 12 that 101 people considered stage one primary evacuees – members of the community’s vulnerable population, were anticipated to arrive in the city that afternoon.

Information Officer Chris Marchand said the fire is stubbornly burning in slash piles in that area.

“It’s an ongoing suppression process,” Marchand said. “One of the things we’re finding is that the longer we go without any rain, the deeper they (the fires) dig in. There’s been reports of fires burning as deep as 45 centimetres into the ground, so that really lengthens the suppression process.”

Another fire of note in the area, Sioux Lookout 32, located west of De Lesseps Lake, approximately 114 kilometres northeast of Sioux Lookout, is now out.

As of July 8, Sioux Lookout 50 was not under control at 193 hectares, burning approximately 13 kilometres south of Bearskin Lake First Nation.

AFFES shared last Sunday evening that, “Due to high to extreme forest fire hazard conditions, effective 12:01 a.m. Saturday July 10, the Ontario Ministry of Northern Development, Mines, Natural Resources and Forestry has issued updated boundaries for a Restricted Fire Zone (RFZ) in the Kenora, Fort Frances, Dryden and Thunder Bay Districts and portions of the Sioux Lookout, Red Lake, Nipigon and Wawa Districts.  The Restricted Fire Zone will be in effect until further notice. Outdoor fires are banned. Portable gas stoves may still be used BUT must be handled with extreme care.”

The Municipality of Sioux Lookout has suspended Fire Permits for the duration of the Restricted Fire Zone.

AFFES informed last Sunday evening that, “Smoke drift in Red Lake, Kenora, Sioux Lookout, and Nipigon will continue to be experienced by communities in close proximity to wildland fires in those Districts and across the far north.  Smoke drift from fires burning in the western provinces of Canada may also be detectable today across much of the province.” 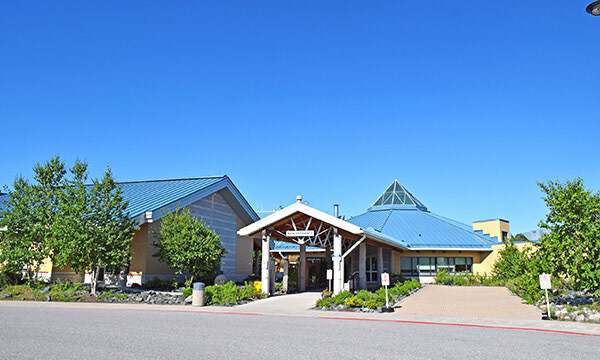