They’re back! The Plays with Strings ukulele quartet returned on Sunday, March 13 with “A Kitchen Party for St. Patrick”.
The group of four, which originally connected over their love of knitting, consists of Katherine Brunton, Denise Williams, Sharen Madden and Alyson Martin.
This was not the group’s first foray into live streaming an event, as they had hosted a successful Facebook Live concert on December 12, which they titled “Another Covid Christmas Concert”.
As Katherine Brunton, a founding member of the group, shared, “We had a lot of feedback after our Christmas show. Lots and lots of interest then, and now with this upcoming concert. So many people have reached out and said how much they are looking forward to this, and how much they enjoyed the last one. One comment we received from someone is that we don’t need to worry so much about doing everything perfect, so our goal is for this concert is to be more relaxed and just go with the flow. Many people have reached out to comment on how much they enjoy it, I think because we’re playing songs that aren’t new. They are all old favorites. It’s so fun for everyone to listen from home and recognise that its coming from people in Sioux Lookout.”
All of which brings us to Sunday’s event. As Brunton explained several days before the concert, “We are doing a (Facebook Live) concert on Sunday, March 13 at 1 p.m. We are going with a more relaxed, less structured feel. We still have a list of songs that we will be playing, but we are actually having it in the kitchen, trying to make it feel like you’re at someone’s kitchen party.”
Brunton continued, “Hopefully people will know a lot of the songs. We’re mingling some of the songs we already know with songs that have an Irish flair because we don’t really have a repertoire in that area and don’t have the capacity to learn enough new songs for a whole concert. We tried to pick some of our favorites that we hoped would fit in with the theme.”
As with the Christmas concert, they once again invited a special guest to perform with them. For the Christmas event it was Violinist Meritt Penner, and this time, they are excited to have a vocalist join them, as Brunton explained. “We have Dr. Joe Dooley joining us to sing, which is very exciting for us. He has apparently sung in the Festival of Carols in the past so he’s a very enthusiastic participant. We are really excited about that because he is Irish and sings very well. He knows all these songs by heart.”
For those who may have missed the live Facebook event but wish to watch the concert after the fact, the Plays with Strings Facebook page will have the concert left up for individuals to watch at their convenience. You can find Plays with Strings on Facebook at https://bit.ly/3CvTsko. 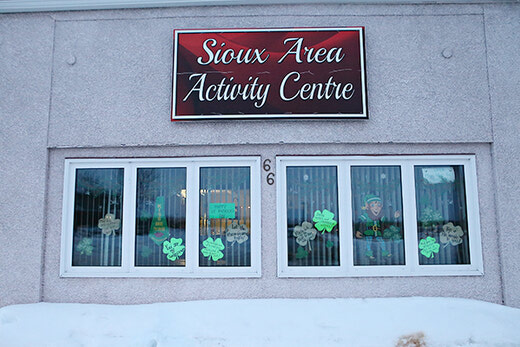